The European Audiovisual Observatory publishes a new report on Film and TV content on VOD in Europe
Strasbourg, France 08 December 2020 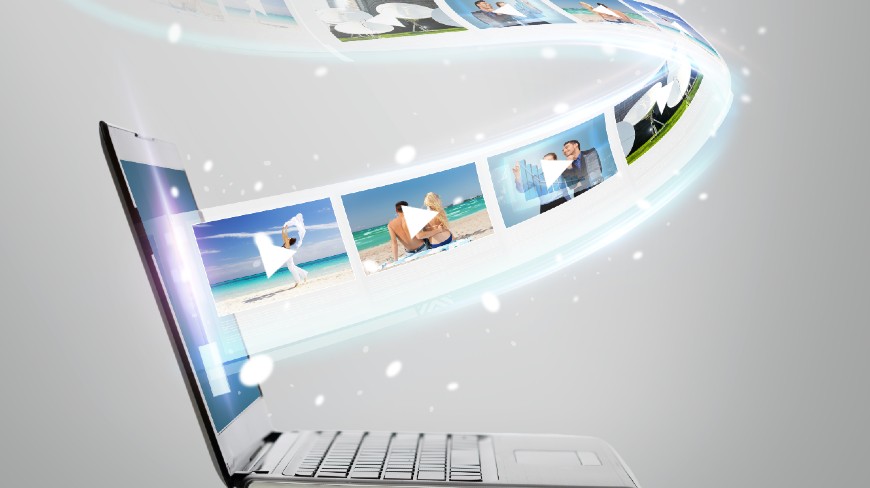 The European Audiovisual Observatory has just updated its annual report on Film and TV content in VOD catalogues. This new report was authored by Christian Grece and Marta Jiménez Pumares, TV and VOD Analysts within the Observatory’s Department for Market Information. The film catalogue data is from May 2020 and comes from JustWatch, Filmtoro, La Pantalla Digital and EUROVOD; the TV content data, from May 2020, was supplied by JustWatch. This report was supported by the Creative Europe Programme of the European Commission.

1. There were more single film titles available on VOD than individual TV seasons (counting anything that is labelled ‘TV’ by the VOD services analysed) 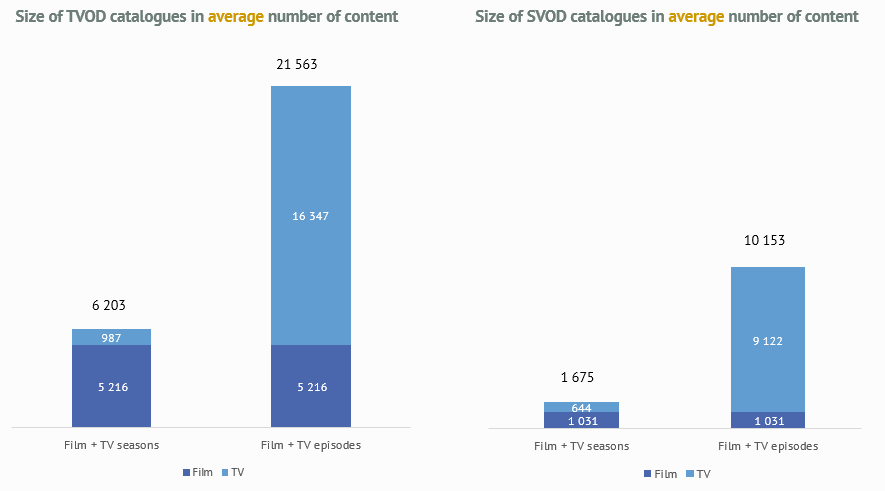 2. There was slightly more European content available on TVOD than on SVOD 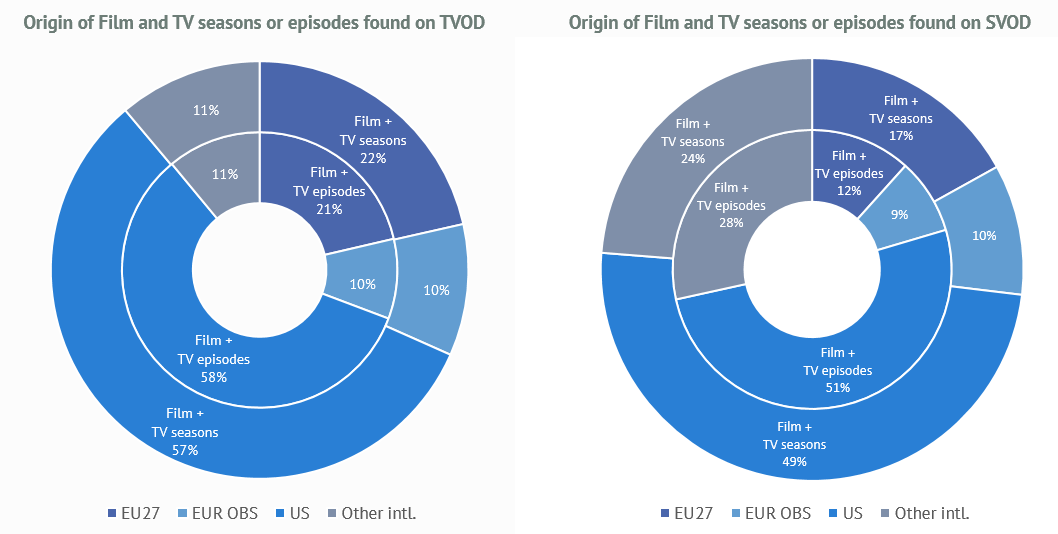 4. UK was the main provider of European TV content

5. Among EU27, France and Germany were the biggest exporters of EU27 content on VOD. 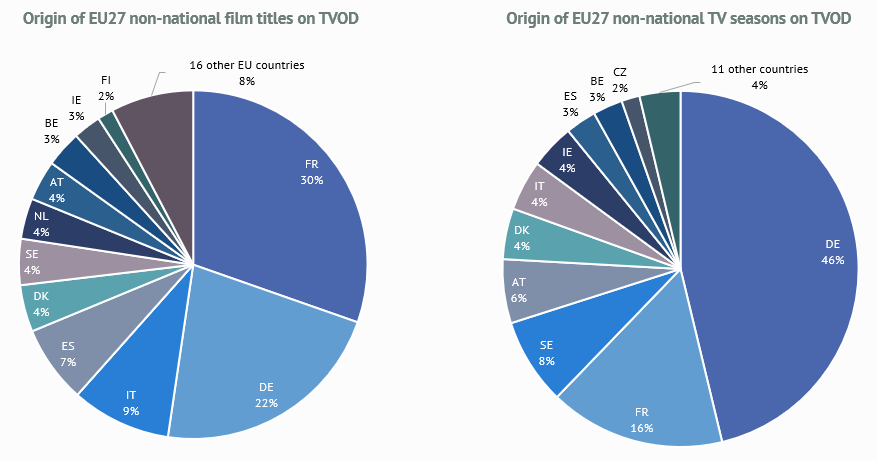 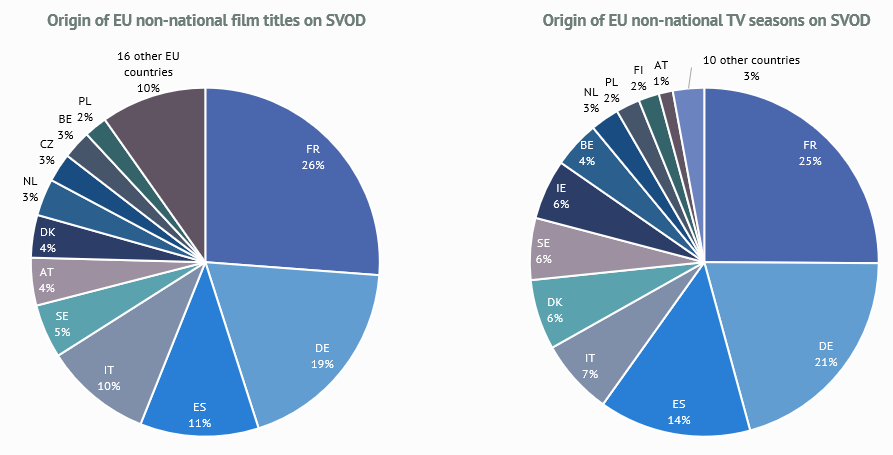 6. On TVOD, the majority of the content available was in the catalogues of services owned by tech players, on SVOD tech and pure VOD players represented the bulk of content 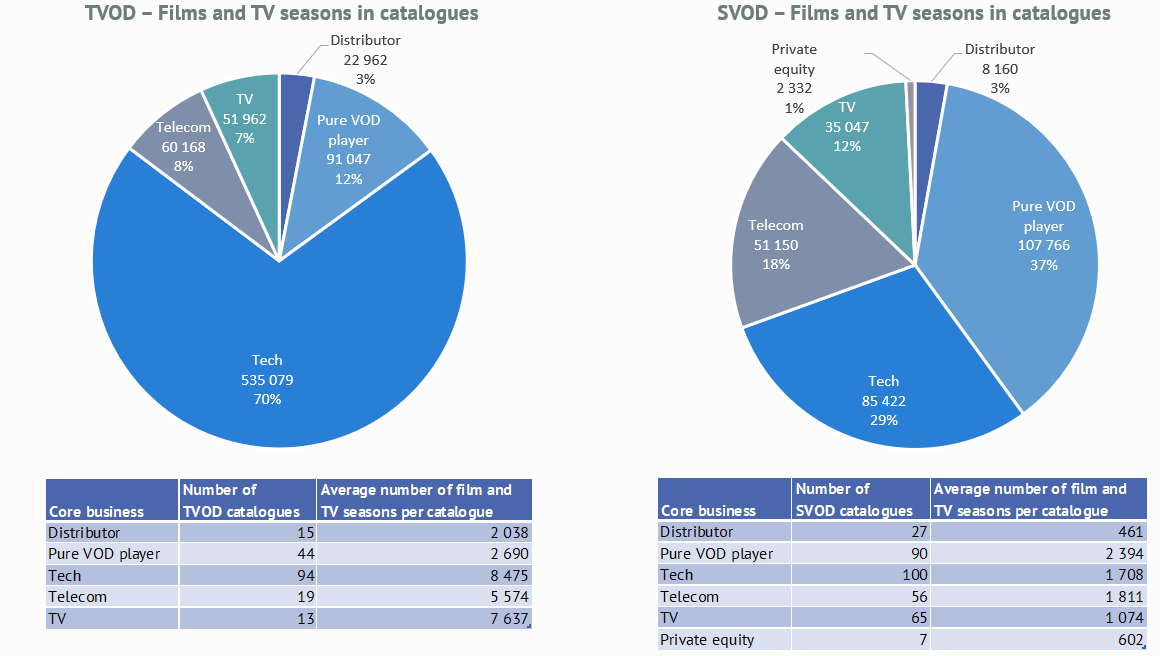 For the origin of a title, only the first country of production was considered. The production countries are based on data collected from the European Audiovisual Observatory’s LUMIERE database on admissions to films in Europe, IMDb and the Movie database.

Four regions of origin for a title were considered: ‘EU27’ titles have an EU27 country as first production country, ‘Other European’ (EUR OBS) titles have as a first production country a European country part of the European Audiovisual Observatory, ‘US’ titles from the United States of America and ‘Other region’/’Other international’ titles from all other countries.