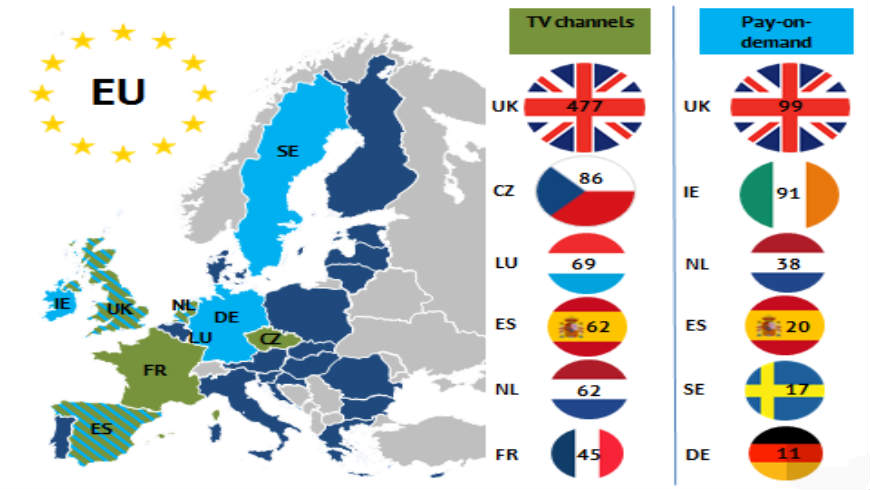 Managed by the European Audiovisual Observatory and supported by the Creative Europe programme of the European Union, the MAVISE database is up-dated every year with new facts and figures. It provides individual data for TV channels and video-on-demand services available in Europe including detailed information as regards targeting, ownership and licensing. The customized result lists can be downloaded for free in EXCEL tables.