The Observatory is, for the first time, including television content (series and TV films) in its LUMIERE VOD database. This data is freely available in the database.

Data from LUMIERE VOD on TV content (for 46 European countries and analysed in November 2020) shows:

A new update of the European Audiovisual Observatory’s LUMIERE VOD, the European works directory provides data on the availability of 44 000 European film titles and over 12 650 TV seasons (TV content is analysed at season level; one TV title corresponds to one TV season which was produced or minority co-produced by countries of the European Union and Council of Europe). The content analysed in the report figures in 462 different VOD catalogues (138 TVOD and 324 SVOD catalogues) in 46 European countries, representing 446 800 film presences and 65 100 TV season presences on VOD at the end of November 2020 (the notion of a ‘presence’ means that if season 1 of a given series is found in 27 catalogues in Europe, this is counted as 27 presences).

A total of 12 659 unique European TV seasons were available on VOD in Europe, and of these 12 309 had a European country as main producer. The United Kingdom (44%), Germany (17%), France (9%) and Spain (6%) together provided the majority of all available European TV titles on VOD. 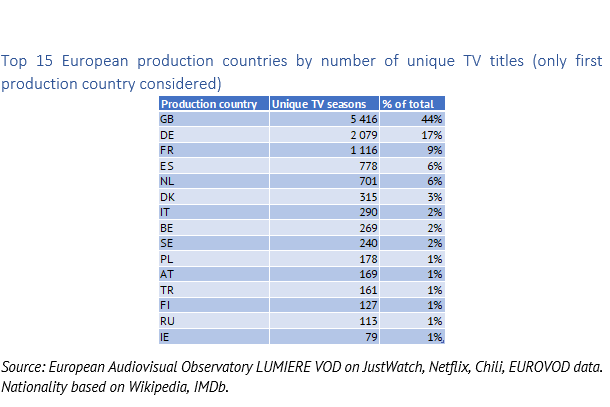 1.2. Share of co-productions in the number of European TV titles

Only 12% of all European TV content available were co-productions, which is significantly lower than for films (30%). But when looking only at majority European productions, the share of co productions lowers even more to 9%.
The main secondary co-production countries are the United States and Canada, but if we look only at European minority co-producers, Germany, France, and the United Kingdom are the main partners in co production. 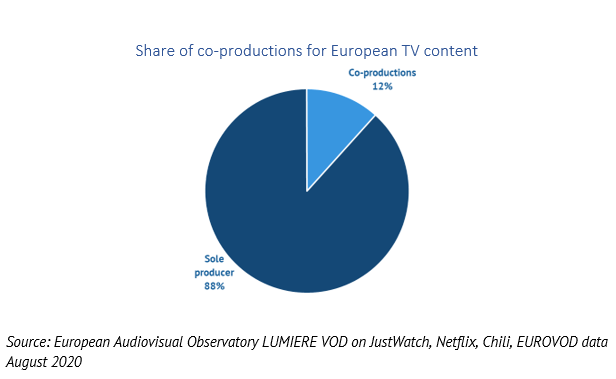 2.1. European TV seasons with the most presence on VOD services

The average year of production was 2011 (2012 when looking only at animation titles) and the number 1 title by number of catalogues was also the oldest in the top 20. 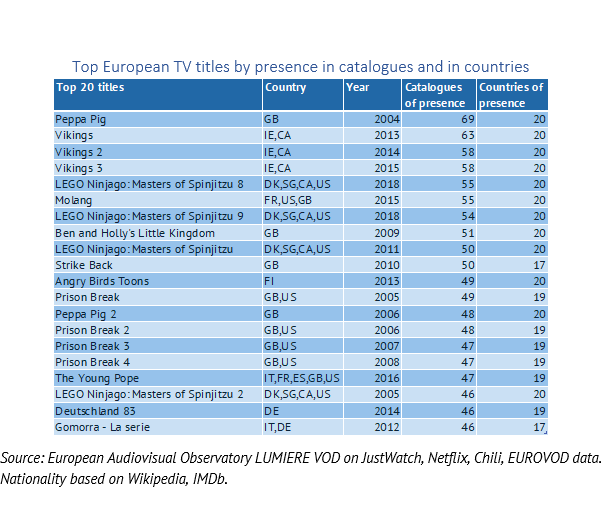 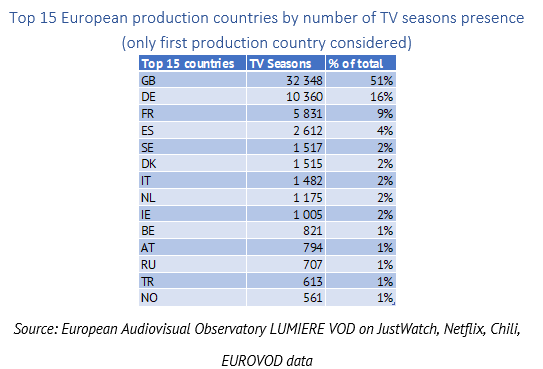 The United Kingdom provided half of the European TV content presences on VOD in Europe at the end of November 2020. Together with Germany (16%) and France (9%), the three countries provided the majority (76%) of TV content available.
The top providing countries did not correspond to the top 5 European production countries, with Sweden and Denmark providing more TV content than Italy. Scandinavia is traditionally an exporter of TV content and Sweden and Denmark together provided 5% of all TV seasons counted.
With the United Kingdom, the other non EU27 countries (but members of the Council of Europe) on the top producing countries list were Russia, Turkey, and Norway.

When looking at the capacity of making TV titles available on VOD services (how many catalogues are reached on average by each title) the most successful countries in proportion were smaller production capacity countries. On the other hand, strong producing countries such as France, Germany, Italy, or Spain had more difficulties in making their TV content circulate on European VOD. Finally, the United Kingdom managed to increase its dominance in unique TV seasons (44% of titles) and in TV content presence, reaching 51% of the total available offer and proving the comparatively higher circulation of British titles. 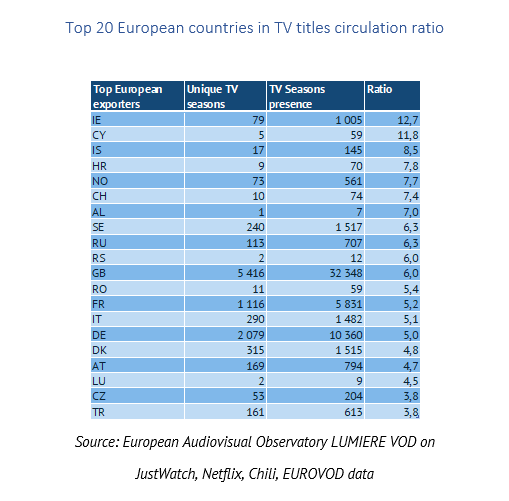 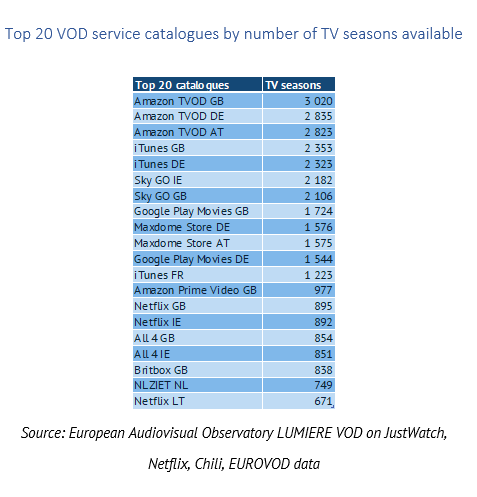 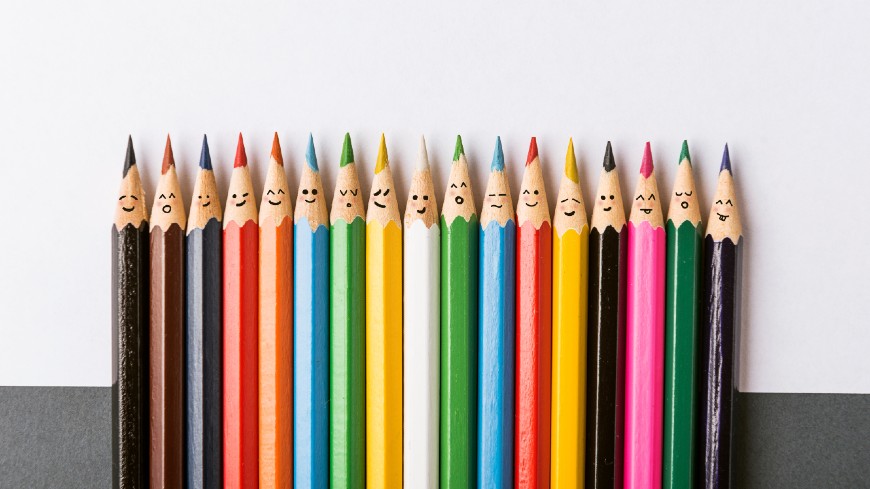