Cinema attendance in the EU confirms strength in 2017 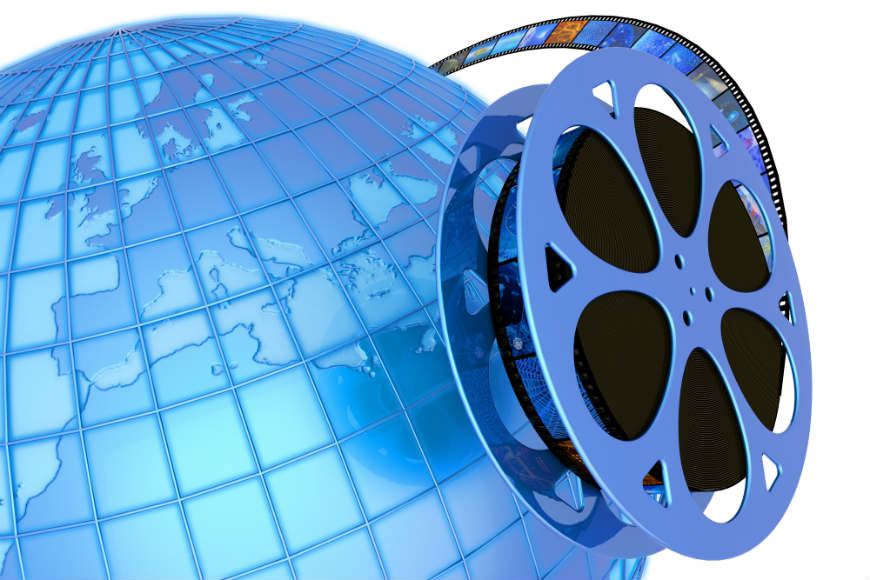 On the occasion of the 68th Berlin International Film Festival the European Audiovisual Observatory releases its first estimates for European cinema attendance in 2017. In line with the high levels observed in the previous two years, the Observatory estimates that total admissions in the European Union decreased only slightly by 0.7% to 985 million tickets sold in 2017. While this is 6.6 million less than in 2016, it still represents the second highest admission level registered in the EU since 2004. 2017 results hence confirm the regained strength of the European theatrical market which had been declining from 2010 up until 2014. If you include non-EU territories in Europe, 2017 actually saw the highest admission levels of the past decades with estimated record admissions of over 1.29 billion tickets.

Cinema attendance in the European Union 2008-2017 provisional
In millions; estimated; calculated on a pro-forma basis for the 28 EU member states

In contrast to 2015 and 2016, admissions developed in a less homogeneous manner across Europe in 2017: cinema attendance increased in 13 and decreased in 7 EU markets, while remaining stable in 5 of the 25 EU markets for which provisional data were available. Geographically speaking the moderate decline in EU cinema attendance was primarily caused by a major drop in Italian admissions (-14.7 million, -12.9%) as well as a comparatively poor year-on-year performance in France (-3.8 million, -1.8%). Out of the five major EU markets, only the United Kingdom and Germany registered an increase in cinema attendance (with respectively +2.4 million, +1.4% and +1.2 million, +1%) while admissions reached record levels in Poland (+4.5 million, +8.7%), the Netherlands (+1.8 million, +5.3%), Romania (+1.5 million, +11.3%) and the Slovak Republic (+1.0 million, +18.1%).

Outside the EU, the Russian market surpassed the 200 million benchmark for the first time, jumping by 9.7% to 213.6 million admissions. This is the highest level achieved in recent history and further strengthens Russia’s position as the first European market in terms of admissions. After a two year stagnation period Turkey, the seventh largest European cinema market, registered an equally impressive growth in cinema attendance with admissions growing by 22.1% from 58.3 million to 71.2 million tickets sold. Norway on the other hand registered a 10.4% decline from its 2016 admissions record.

It is too early to analyse EU admissions by origin, but the first figures already available would seem to suggest that both European films and US films registered a slight year-on-year decline in admissions. As in 2016, it looks as though there were no break-away successes as no single film seems to have generated more than 30 million admissions in 2017. Top ranking films in the EU include Star Wars: The Last of the Jedi (US), Beauty and the Beast (US) and Despicable Me 3 (US). 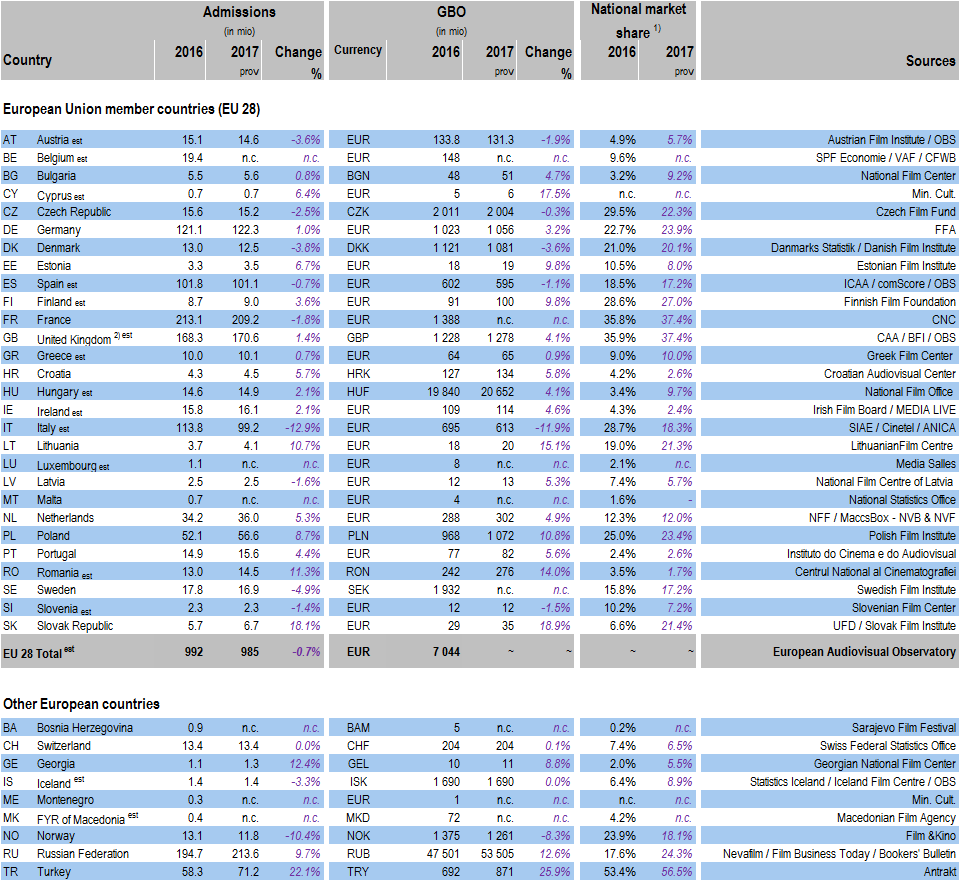 Our next cinema figures will be released just before the Cannes Film international du film.
To be added to our press listings, send an email to: alison.hindhaugh@coe.int