The European Audiovisual Observatory, part of the Council of Europe, has just edited a brand new research report on European cinema with content by the members of EFARN - the European Film Agencies Research Network. This report marks the 15th anniversary of this unique film research network, whose secretariat is housed by the Strasbourg-based Observatory. This free report features 21 articles by 10 agencies (members of the EFARN) on 7 topics (including film funding and financing, distribution and exhibition, audience and also gender and diversity).

As revealed by a study from the British Film Institute (BFI), 11.6 million households had access to one or more on demand services, representing over 40% of all homes in the UK. 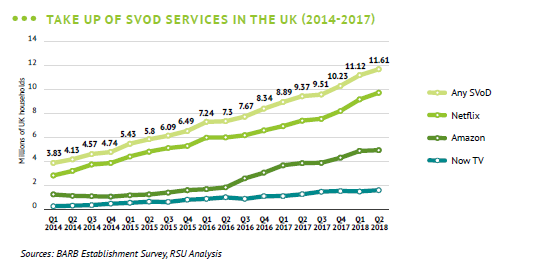 Based on research commissioned by the Netherlands Film Fund, the Netherlands Film Production Incentive has boosted local production and reinforced the international competitiveness of the Dutch film industry as a whole, resulting in a total spend of EUR 288.4 million on film and TV productions between July 2014 and December 2017.

According to the Swedish Film Institute, film funding has been distributed equally between female and male applicants. Women were awarded between 45% and 60% of the total funding in the 2013-2016 period. 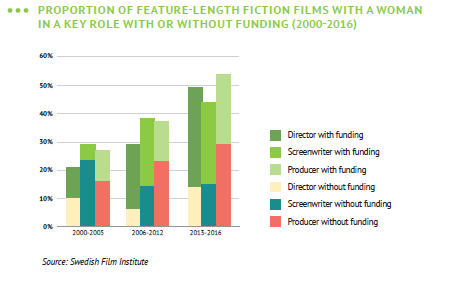 Gilles Fontaine, Head of the Observatory’s Department for Market Information, stated that “The EFARN brings together researchers actively involved in the collection, analysis and publication of data on the European film industry. To celebrate their 15th anniversary, this publication presents a great selection of studies from its members. It’s a fascinating overview of current research topics, ranging from VOD to gender statistics.”

About the EFARN
The European Film Agencies Research Network (EFARN) brings together researchers actively involved in the collection, analysis and publication of data on the European film industry. These researchers represent a total of 46 different bodies, principally film agencies but also a number of other organisations active in this domain.

The EFARN is an informal network with two main purposes: working towards improving the availability and harmonisation of data on a pan-European level, and launching common research projects. The European Audiovisual Observatory has been in charge of the Secretariat of the EFARN since the launch of the network. It is responsible for the organisation of the annual meeting, drafts the methodological documents produced by the members and coordinates the common research projects.

The existence of the EFARN has considerably improved communication and the exchange of information among agency research units. In addition it has helped reduce data collection delays for certain key indicators, allowing much earlier publication of data such as European admissions totals, which are of interest to the group as a whole.