Film professionals: women still only represent a quarter of all film directors working in Europe 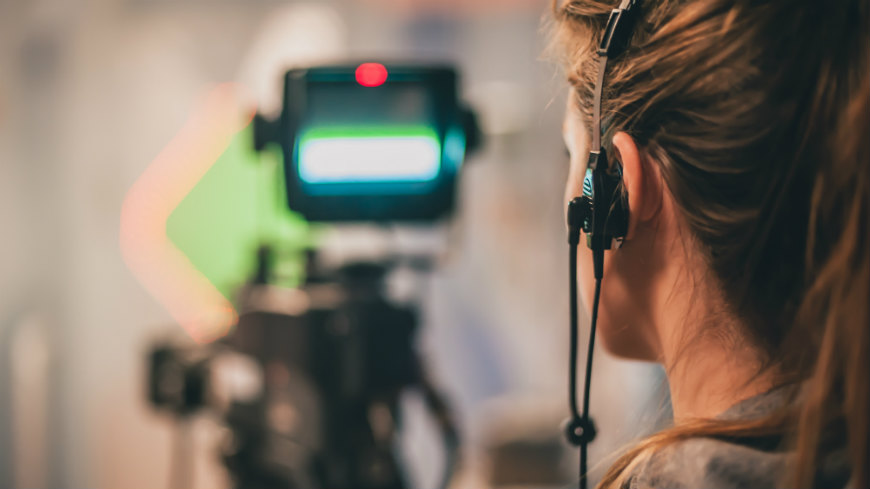 This report provides an overview of the gender disparity among film professionals working in the European film industry. Our analysis includes professionals who have worked on at least one European feature film in one of the following key roles:

In addition, the report explores the gender composition of professional teams and identifies the share of films led by female-majority teams.

1. Women still a minority of the workforce in key roles

Women are still poorly represented among professionals working in key roles behind the camera. Between 2017 and 2021 women only accounted for 25% of all directors of European feature films. The gender gap was even more visible among composers and cinematographers, where women only represented 10% of the workforce. In turn, the female share was higher among producers (34%) and screenwriters (28%). The gender ratio appears to be more balanced “on screen”, with actresses accounting for 39% of all acting professionals starring in at least one lead role in a feature film. 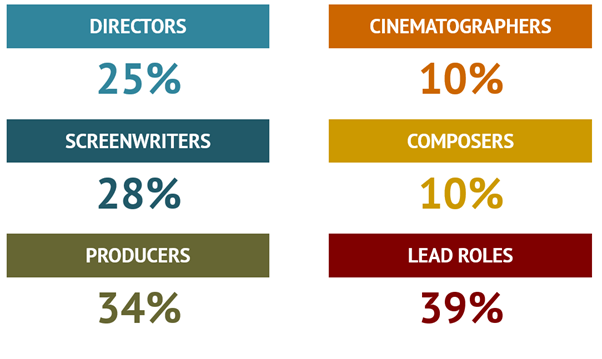 In all categories, the proportion of women among active professionals is growing slowly and did not substantially change during the time frame analysed. Significant differences can be observed across European countries.

2. Female presence stronger in documentaries than other film genres

The presence of female professionals in film crews was higher in documentary films than in other film genres. For instance, women accounted for 30% of directors of documentaries compared to 21% for live-action fiction films and 19% for animated features. Similarly, female professionals represented 31% of sceenwriters of documentaries, compared with 26% for live-action fiction and 23% for animation. 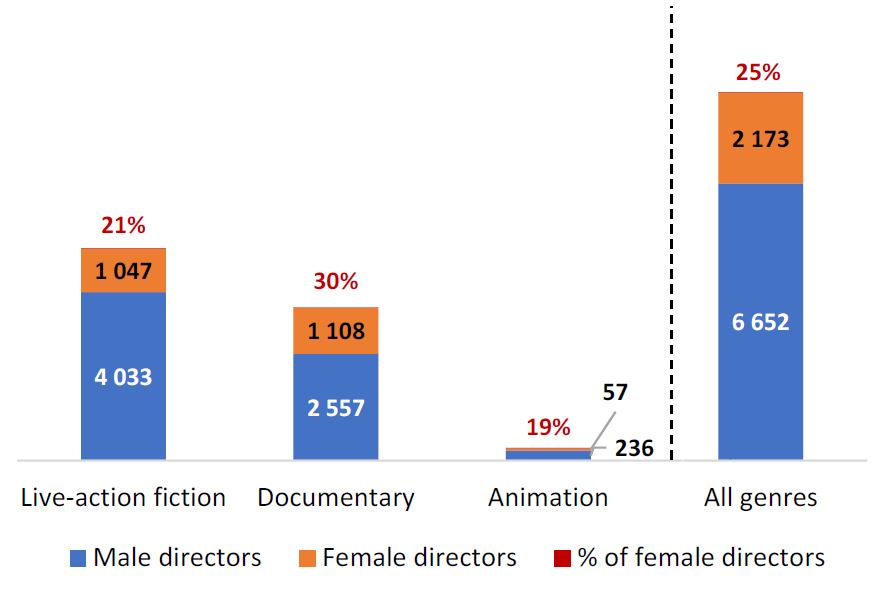 3. Women worked on fewer films, and worked in teams more often than men

On average, female professionals in film crews worked on slightly fewer feature films than their male counterparts in the time period studied. As a result, when looking at the proportion of women and men among the total number of directors of each film, the average share of female directors per film was only 22% between 2017 and 2021. This figure is lower than the share of women among all active directors in the workforce (25%).

Average share of female directors per film, by production year (2017-2021)

If one looks at the composition of film crews, this data shows that women tended to work with other colleagues in the same role more often than men. Therefore women had fewer chances to be the sole professional credited in a given role for a film. In addition, female professionals were more likely than men to work in gender-mixed teams.

Breakdown of European feature films by gender of screenwriter (2017-2021) 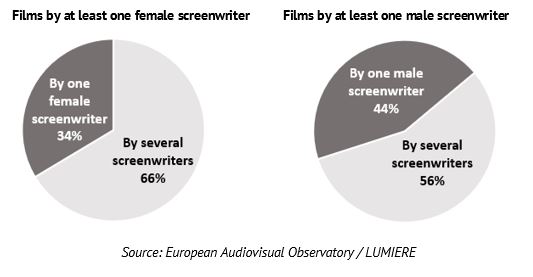 This pattern can be especially observed in departments where it is common for several professionals to work in teams, such as production or screenwriting. Taking the example of screenwriters, only 34% of feature films were written by one individual female writer compared to 44% films by only one male writer. Among feature films co-written by at least one female screenwriter, 86% were written in collaboration with at least one male colleague.

4. Only a minority of films were made by female-driven teams

Between 2017 and 2021, only 19% of European feature films were written by a female-driven team (i.e. by a majority of female professionals in the role of screenwriter). Looking at the production department, this share was slightly higher, as female-led teams produced 23% of feature films in the sample. 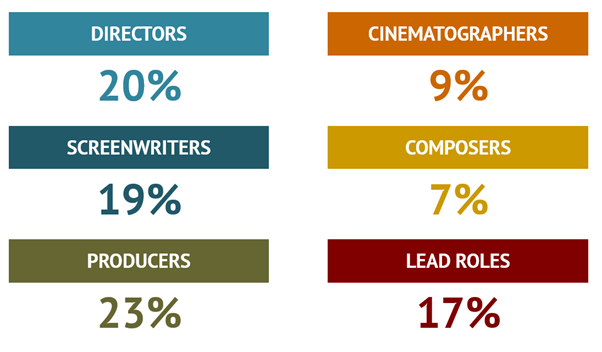 The analysis presented in this report draws on data from European Audiovisual Observatory’s LUMIERE database, which collates annual admissions to theatrically released films from a variety of sources, including national film agencies. The study sample comprises European feature films produced between 2017 and 2021 and released in European cinemas during the same period. The dataset only includes films for which if was possible to track at least one commercial screening in one of the European markets covered in the LUMIERE database.

The analysis only includes feature-length films, leaving out compilations of short films and event cinema screenings.