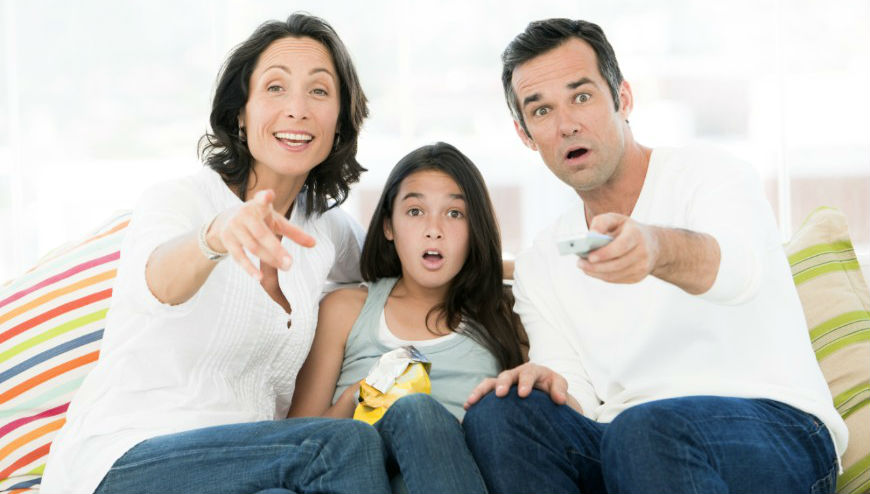 The European Audiovisual Observatory, part of the Council of Europe in Strasbourg, releases an annual report on Russian TV or cinema accompanied by a successful conference. This year’s report on pay-TV and cord cutting was written by J’son and Partners Consulting and presented at the Observatory’s Moscow conference on Tuesday of this week.

By the end of 2018, 43.2 million viewers were subscribed to Pay TV services in Russia, 3.1% more than in 2017. Excluding double-counting due to the usage  possibility of various different methods of pay-TV connection in one household, the number of households connected to Pay TV was 35-36 million, or 62-63% of the population. Growth over the previous year amounted to 1%. J'son & Partners Consulting estimates that in 2018, Pay TV revenues amounted to 95.3 bn Rub (1.29 bn EUR), up 14.2% compared with 2017.

2. Related services and their impact on the pay TV industry 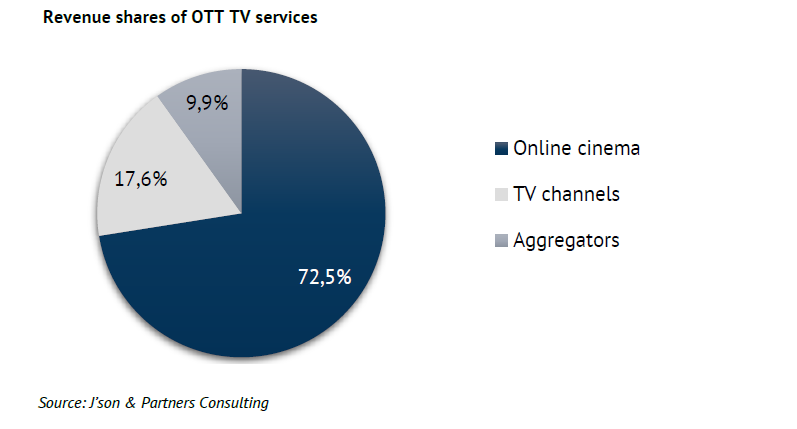 3. The legal SVOD offer in Russia 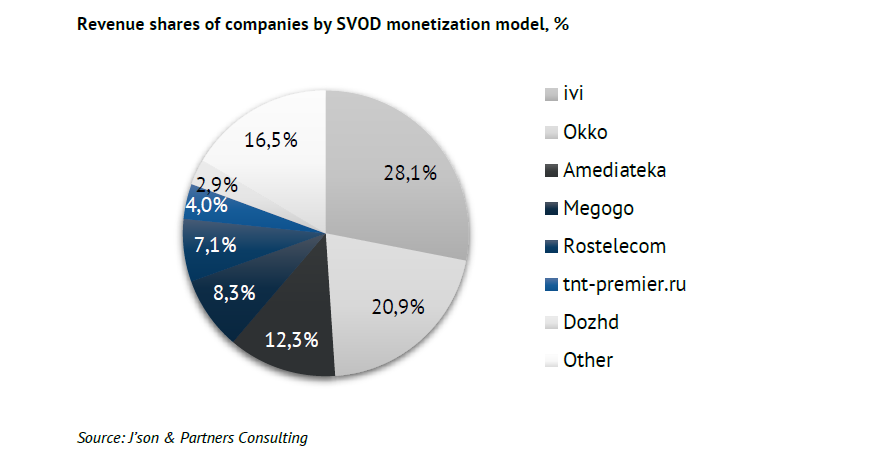 If piracy of video resources can be eliminated successfully, the market revenue of legal video will rapidly increase, primarily by adding subscribers to SVOD services. As of April 2019, the number of cord-cutters (people who have left Pay TV services) represents 4.3% of the population of major cities. This equates to 1.7 million people or 660 thousand households. Most viewers of professional online video seem to be unwilling to have a paid subscription. 17% of them, however, have signed up for one at least once. 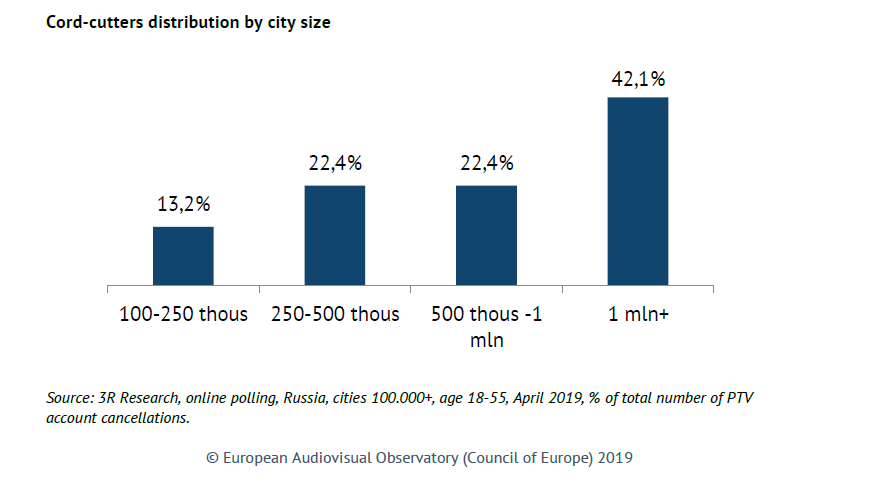