29% of all European TV channels are based in the UK 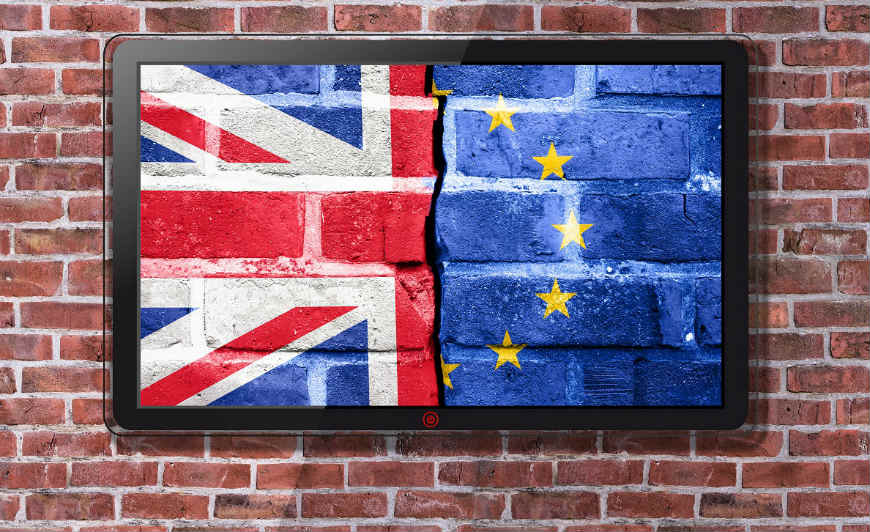 Brexit in context: The UK in the context of the EU audiovisual market. This new BREXIT report by the European Audiovisual Observatory, part of the Council of Europe in Strasbourg, provides a European-eye view of the UK’s weight within the EU’s audiovisual markets. It provides key figures on the co-productions between the UK and other EU28 countries, the import and export of films between the UK and the other EU28 countries as well as data on the circulation of audiovisual services between the UK and the European Union. This report will be presented at the Observatory’s Brussels conference this autumn: The impact of Brexit on the audiovisual industry: a European point of view. This public conference will take place on Tuesday 27th of November in Brussels. Register here for free.

A. The United-Kingdom is, together with Germany, the largest audiovisual market in the EU28.

With 12% of TV households, the UK accounts for 21% of the EU28 audiovisual market. 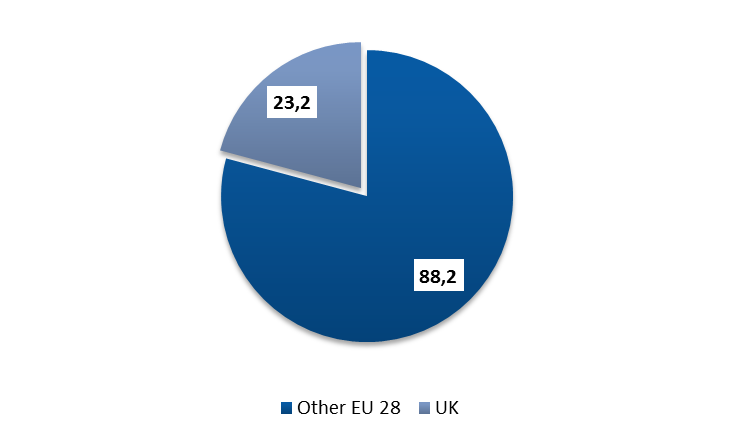 The UK market is slightly more dynamic, on average, than the EU28 as a whole, due to the solid performance of pay-tv and also because the UK is the most-developed EU28 market by far for on-demand services. Indeed, the average annual growth rate between 2011 and 2016 was 2.1% for the UK vs. 1.7% for the EU28. The UK ranks No. 4 in terms of number of TV fiction hours produced, underpinned by a focus on high-end drama with a strong export potential.

B. The UK is the main hub for TV channels established in the European Union

29% of EU28 TV channels are established in the UK 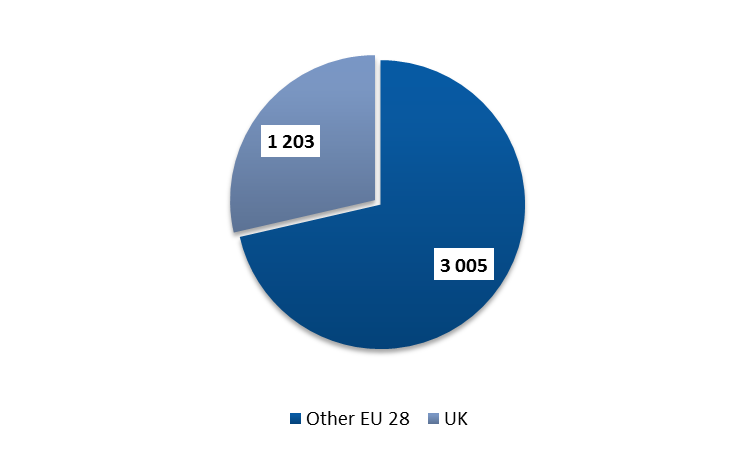 43% of the TV channels established in the UK target primarily another country. 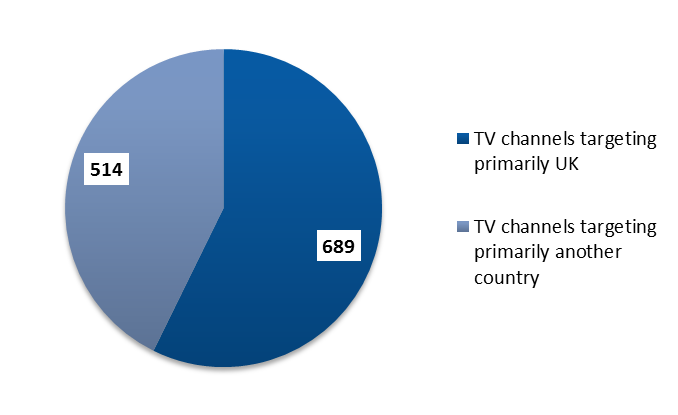 The UK is by far the main country of establishment in the EU28 for television channels and on-demand services. The UK hosts three of the top 10 EU28 audiovisual groups (Sky, BBC, ITV) also as European subsidiaries of the major US media groups.

C. The UK is a strong exporter of film towards the other European Union countries

The UK ranks No. 2 (after France) for the number of film titles exported to other EU28 countries in cinema and on TV. 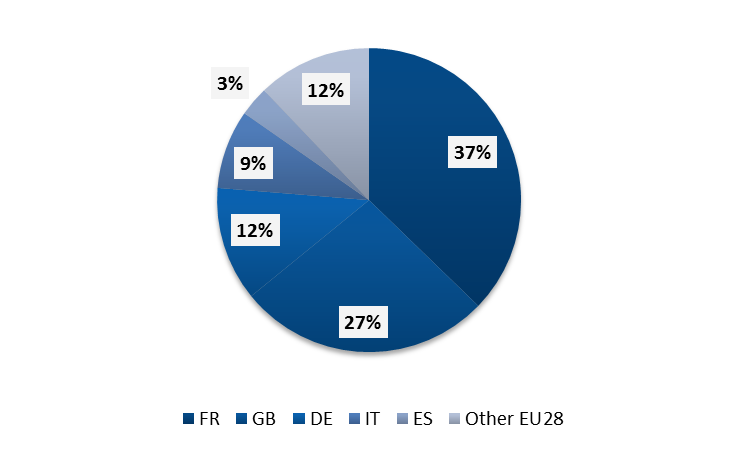 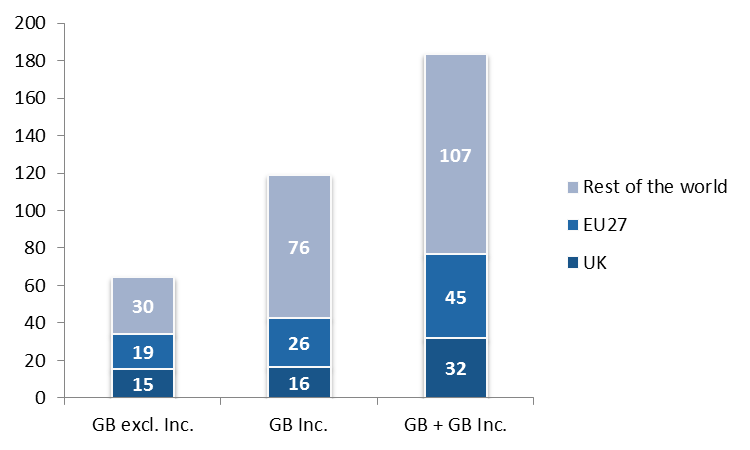 European Audiovisual Observatory/LUMIERE – GB Inc. Films are produced by a UK subsidiary of a US studio.

The UK is a key player in the European film sector. Thanks in particular to a strong domestic cinema market, it produces 16% of all EU28 films, excluding blockbusters films fully-funded by US majors through their UK subsidiaries.

As far as VOD exploitation of European films is concerned, the UK ranks as the runaway No. 1 (ahead of France) for the number of titles exported to other EU28 countries on TVOD.

Circulation of European films: is availability enough? - 21 May 2022