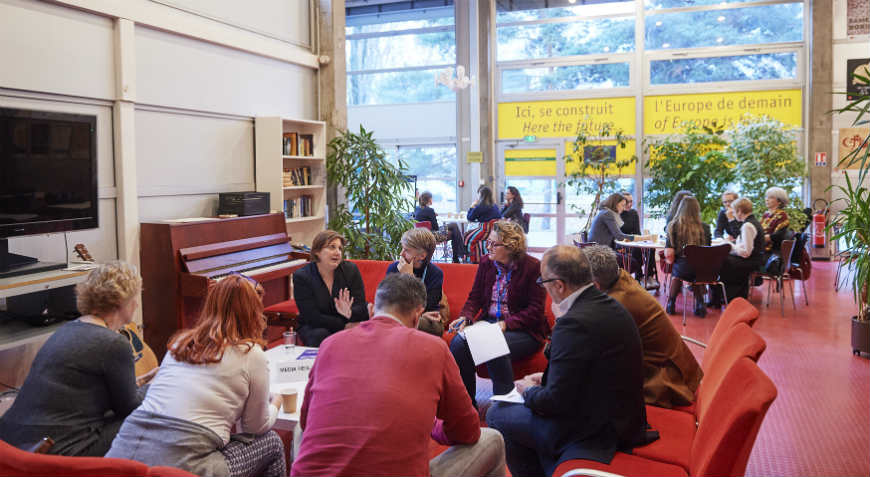 The aim of this workshop, organised by the European Audiovisual Observatory, was to discuss gender imbalances in the media and audiovisual industries in Europe, with a particular focus on legal tools, data collection measures and interesting initiatives which have been implemented to tackle gender inequalities off- and on-screen.

The issue of the representation of men and women in the audiovisual sector has been the subject of constant discussions and debates for years. Gender equality is enshrined in Article 8 TFEU as a fundamental principle of the European Union.
Nevertheless, evidence from numerous studies, analyses and statistics on the subject have revealed that gender equality is far from being achieved in the audiovisual sector, both in terms of women’s involvement in the sector and in terms of how women are portrayed in the works produced by these industries.

According to a study carried out by the European Audiovisual Observatory, published in 2014, only 16.3% of European films produced between 2003 and 2012 were directed by women, accounting for just 8.9% of total admissions over the same period.
In recent years, similar studies have suggested that, across Europe, women remain significantly under-represented in the media workforce, particularly at decision-making levels. This issue is particularly problematic given the unique role played by the audiovisual sector and considering its ability to influence and, ultimately, shape public opinion.

You will find here the summary of the discussions held during the workshop.

Opening of the workshop

Session 2 – Gender imbalances behind the camera

Closing of the workshop