From cinema to sofa: is COVID accelerating a production shift from theatrical to non-theatrical? Cannes, 2021

Average release window between cinema and VOD is 19.4 weeks 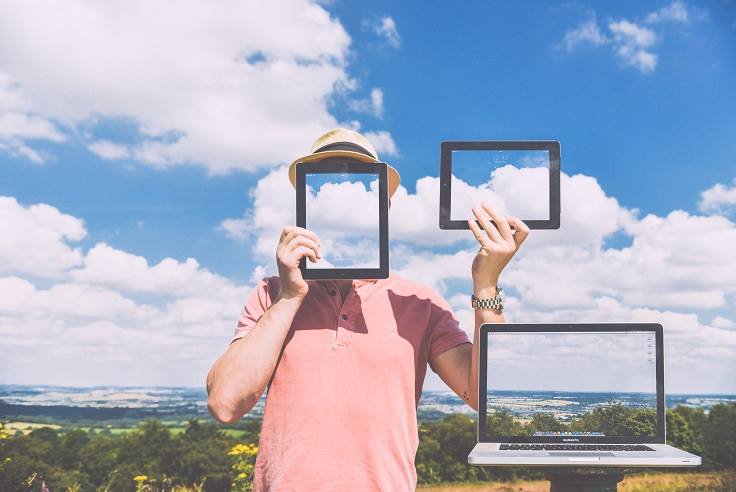 This new study focuses on release windows in Germany, France, United Kingdom, Belgium and the Netherlands.
It finds that:

The European Audiovisual Observatory has analysed cinema/TVOD release windows for the first time in this study. Author Gilles Fontaine, Head of the Observatory’s Department for Market Information, looked at 1794 releases in cinemas and TVOD between 2014 and 2018. This sample represents only 15% of all films on first release. However, it represents 40% of total admissions, in other words the study focuses principally on the more successful films in cinemas.

1. 82% OF FILMS ARE AVAILABLE ON TVOD LESS THAN 5 MONTHS AFTER THE CINEMA RELEASE 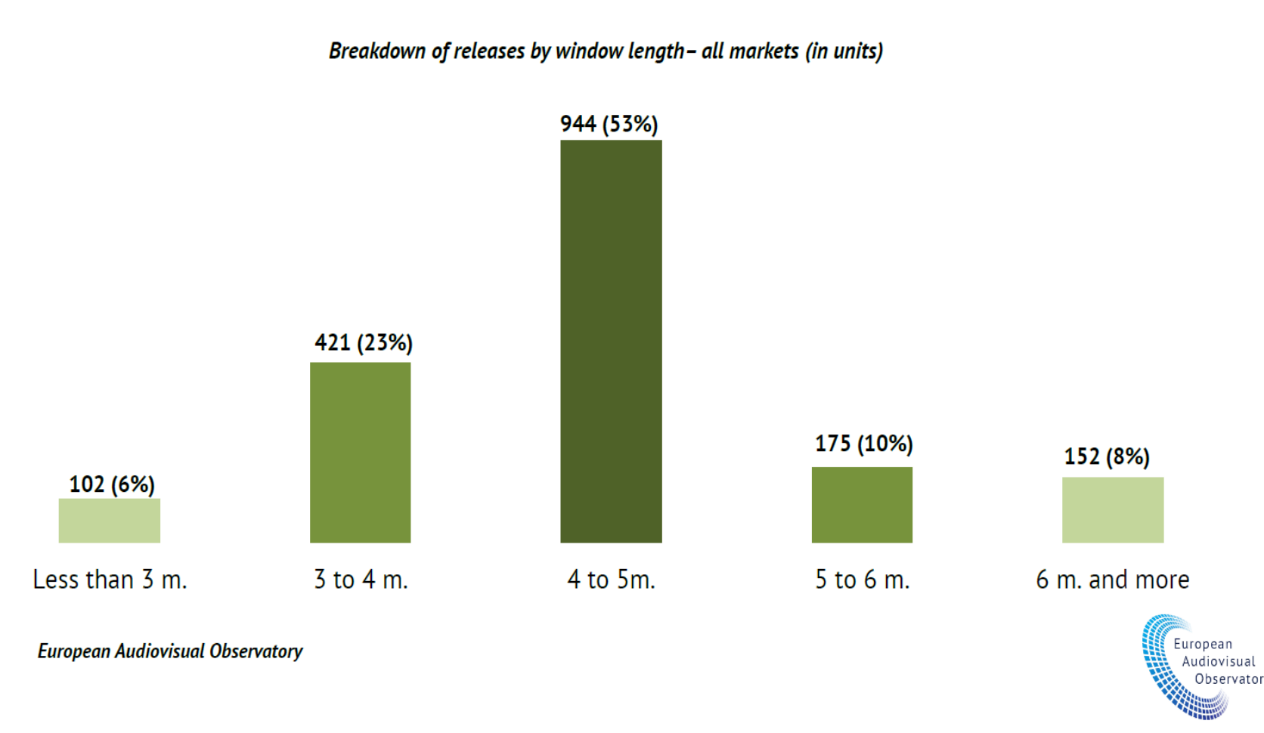 2. FILMS ARE AVAILABLE LATER ON TVOD IN GERMANY

Belgium, France, United Kingdom and the Netherlands show similar patterns in terms of share of the more successful films released in rental TVOD less than 5 months after the cinema release. The theatrical – TVOD window is regulated in Germany for public funded films (6 months with exceptions), which results in a longer average window. 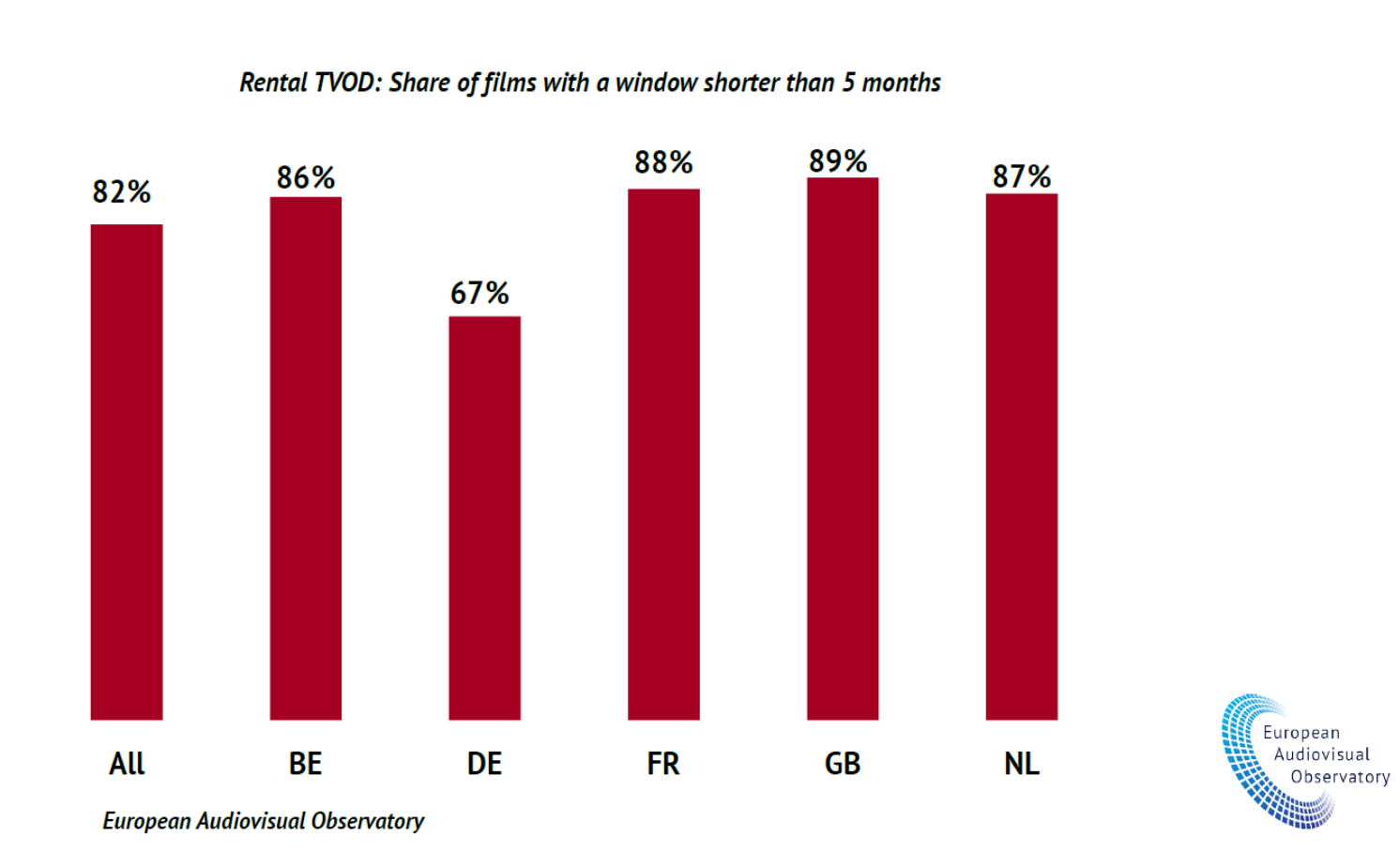 3. THERE SEEMS TO BE NO CLEAR IMPACT OF THE LEVEL OF ADMISSIONS AMONG THE MORE SUCESSFUL FILMS

Among the more successful films, the level of admissions does not seem to impact the length of the window. A clear exception is the bottom 25% of sample films released in the United Kingdom which benefit from a window that is 4 weeks shorter than the average of films released. 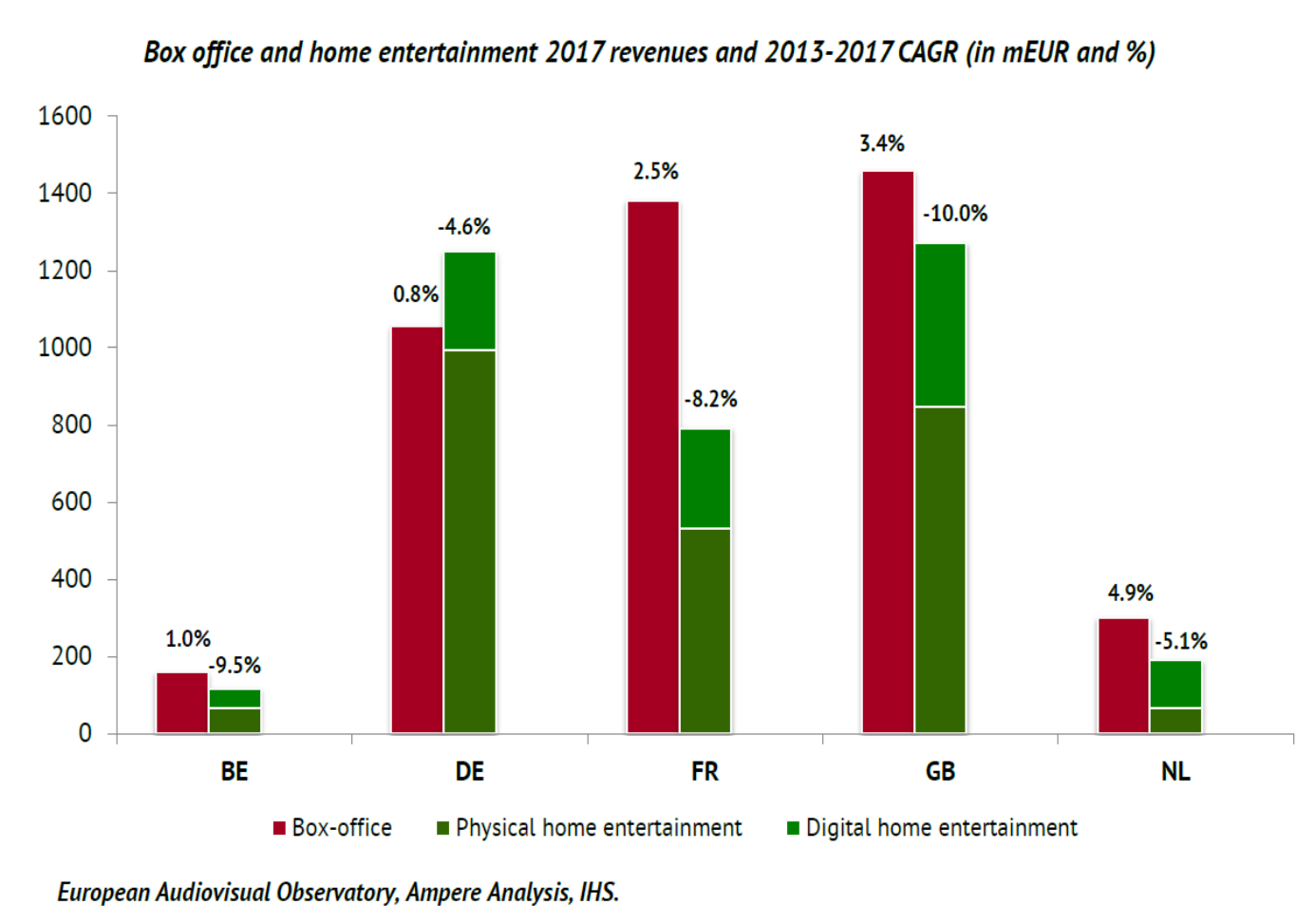