Commercial Communications in the AVMSD revision 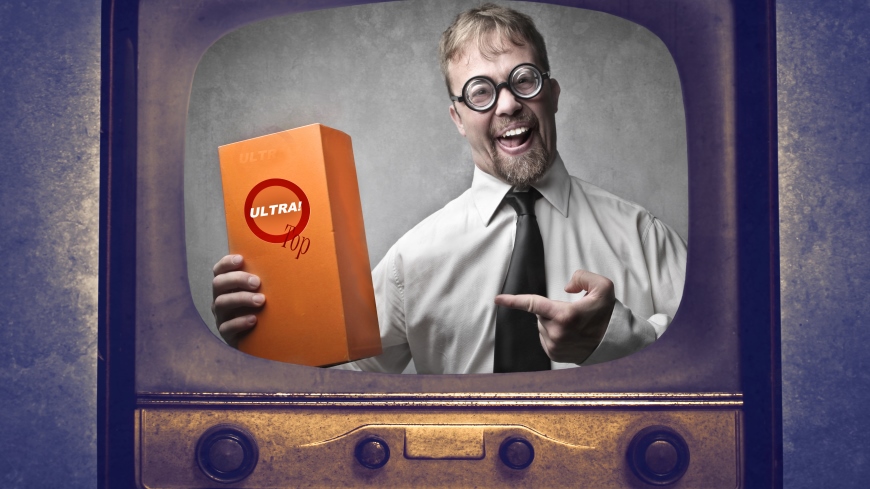 Download the study Commercial Communications in the AVMSD revision

Advertising has always posed a challenge for European legislation. Lawmakers find themselves trying to address the concerns and needs of stakeholders as wide apart as children’s protection lobbyists, health and safety campaigners, protesters against gender stereotyping, on the one hand, and the pharmaceutical trade, the fashion industry and toy manufacturers, for example, on the other. Added to this already complex picture are the digital delivery of content, linear and non-linear services and indeed the fast-moving world of social media. European media legislation is currently undergoing a major overhaul in the form of the revision of the Audiovisual Media Services Directive (AVMSD). The Strasbourg-based European Audiovisual Observatory, part of the Council of Europe, has just released a new analysis of how current legislation on advertising, sponsorship and product placement is involved in this revision and what changes we can expect.

European legislation refers to these three activities as ‘commercial communications’. In May of last year the European Commission made its first proposal concerning new legislation to regulate commercial communications. As the result of an intense negotiation process, in May of this year, the European Parliament and Council presented amendments to the original proposal. So the status quo is a flux of exchange, discussion and search for compromise between the various instances of EU legislation. One of the main axes of discussion is the feeling that current advertising legislation is too severe for linear services and too soft for non-linear services. On-going negotiations aim at addressing this point.

This latest report has been authored by the Observatory’s Department for Legal information (Maja Cappello, Francisco Javier Cabrera Blázquez, and Sophie Valais accompanied by Christian Grece from the Department for Market Information). The report opens with an extremely informative round-up of current challenges facing the digital advertising ecosystem, from data protection concerns, to the future of traditional advertising-financed media or indeed issues related to brand safety and advertising fraud. Looking to the future this chapter also outlines factors such as the use of Virtual and Augmented reality by consumers, the shift to cloud computing and even self-driving cars which will free up attention and eyeball time for advertising.

Chapter two focuses on the current AVMSD and its currently applicable rules both in general terms and the specific rules for television advertising, teleshopping and product placement, for example. This chapter also touches upon other European legislation having a bearing on commercial communications such as the Unfair Commercial Practices Directive or the Tobacco Advertising Directive, for example.

Chapter three zooms in on national implementation of the current AVMSD rules. The authors detail the current general qualitative restrictions as well as the stricter rules applicable to sponsorship and product placement. This report includes an extremely valuable mapping of national implementation strategies of the current AVMSD rules concerning product placement and the ’12 minute rule’ concerning the amount of advertising per hour.

Chapter four focuses on self and co-regulation in the European advertising sector and again is accompanied by a thorough country by country mapping exercise of the different national initiatives concerning adverts for alcohol, for example.

Chapter five delves into European and national case law concerning advertising covering the period from 2012 – 2017. We learn, for example, that in the Czech Republic, over praising a chocolate biscuit in a TV show constitutes advertising, while it is not permissible to claim the “best built cars in the world” in Ireland.

The final ‘state of play’ chapter analyses the European Parliament and Council’s May 2017 responses to the European Commission’s 2016 proposals to amend advertising legislation in Europe. Indeed, this report offers an annex containing a tabulated overview of these responses, where we learn that the EP and Council are in favour of a higher level of protection than initially suggested concerning “junk food”. In addition, they favour a ban on advertising and product placement for alcohol, tobacco, and electronic cigarettes in children’s TV programmes and video sharing platforms. A third suggestion concerns introducing stricter rules to regulate undue prominence of products.

The authors conclude that the final new set of rules resulting from negotiations between the Commission, Parliament and Council (the so-called “trilogues”) should see the light of day by the end of 2017/ start of 2018.

Wise up on the state of play of European advertising law – and see what the future may hold with this brand new free report!