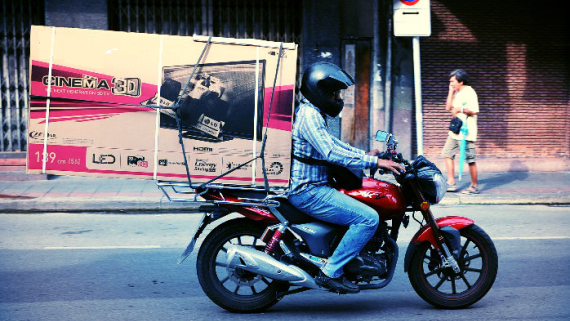 Is increasing convergence in the media cutting out the middle man in content supply? Audiovisual content providers are now producing films and programmes themselves, and delivering straight to the consumer. This means that new internet-based players such as online video services, video sharing platforms, and social networks are competing with the big traditional media for viewers’ attention and spending. What are the economic and legal consequences of this ‘disintermediation’ of the audiovisual sector? The European Audiovisual Observatory, part of the Council of Europe, invites you to the fourth edition of its Brussels conference: Convergence again? Cutting out the middle man in the audiovisual sector.

This free entry public conference will take place in Brussels on Wednesday 27th September from 13.00 – 15.00. A buffet lunch will be held from 11.45 to 13.00 and the actual conference takes place from 13.00 – 15.00. The event will take place at the Representation of the Free State of Bavaria to the European Union, 77, rue Wiertz, 1000 Brussels. Participation is free but registration is compulsory.

The Observatory’s Executive Director, Susanne Nikoltchev, stated that “the lines are blurring between the roles of different players in the audiovisual industries.” She added that this year’s Observatory conference would “zoom in on what some might call an Uberisation process and look at the economic effects as well as the challenges for the regulators.”

The economic scene setting will be provided by Gilles Fontaine, Head of the Observatory’s Department for Market Information.

A panel discussion led by Maja Cappello, Head of the Observatory’s Department for Legal Information, will examine how the various audiovisual sectors are affected by the new internet based players and the disintermediation of content delivery. Taking part in the debate will be Colin Bortner, Director of Global Public Policy at Netflix, Daniel Friedlaender, Head of Sky’s EU Office, Jean-Pierre Paoli, former TF1 Executive and Consultant at Molotov TV, Bernardo Herman, Director general of the Belgian Regulator, CSA, and Nik Powell, Producer at Scala Productions.

The working language of this conference is English. Participation is free but upon registration only.

Accreditations to this conference are no longer possible.

Complete programme of the the fourth edition of the Brussels conference: Convergence again? Cutting out the middle man in the audiovisual sector.