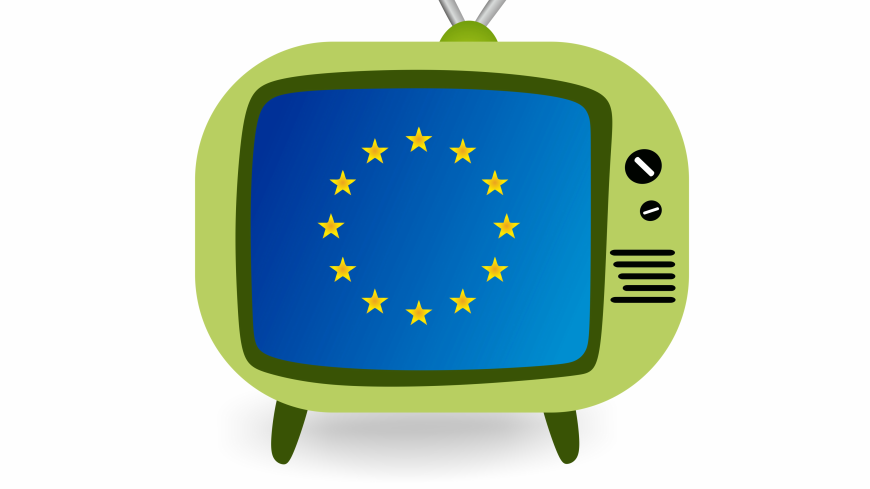 Films produced in Europe made up 28% of films broadcast by a sample of TV channels during the 2015 – 2016 season. This sample contains a total of 131 TV channels from 18 different EU member countries. These findings come from a brand new report published by the European Audiovisual Observatory, part of the Council of Europe: Films on TV: Origin, age and circulation. The Strasbourg-based Observatory drafted this free report for the DG Connect of the European Commission.

Some of the key findings of this report: 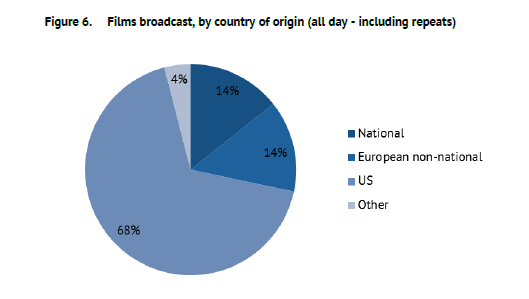 The figure above illustrates the 28% market share of European films broadcast by the sample channels. This figure breaks down into 14% for national films and a further 14% for European non-national films – indicating significant circulation of European. This figures drops to 23% for the prime time slot.

The report reveals that public channels tend to broadcast more European films than their private counterparts. Taking a full day on public television, European films accounted for 44% of all films broadcast. This figure falls to 24% for the private TV channels in the sample. (see following diagram). Taking into account the prime time slot, these figures fall to 39% and 19% respectively. 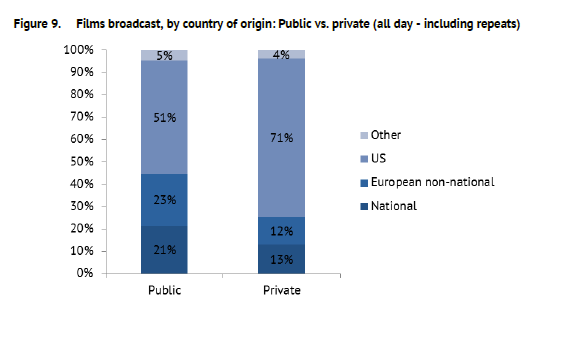 Of the 15 504 film titles broadcast during the 2015 – 2016 season, 47% were produced in Europe and 47% in the US with the rest of the world making up 6%. However a difference appears when one considers that European films were broadcast in 1.4 countries in the same year, while US films were broadcast in 3.1 countries in the year studied. The circulation difference explains why European films represented 47% of single film titles broadcast while accounting for only 28% of cumulated films broadcast.

Several countries had a strong export ratio for their films, meaning that a significant proportion of the broadcasts occurred in another country of the sample: the majority of the broadcasts of films produced in Ireland, Belgium, Denmark, France, Germany and the United Kingdom happened outside the country of production. 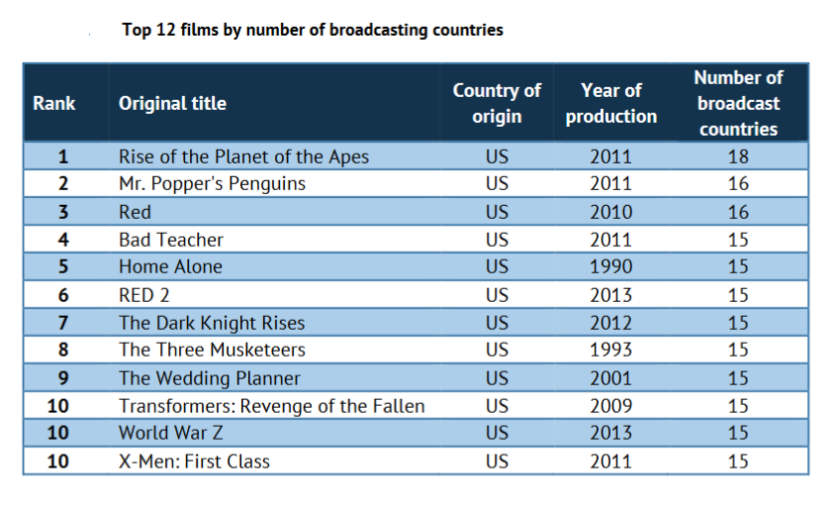