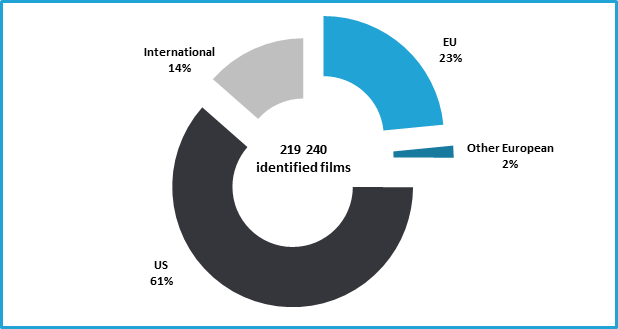 The Strasbourg-based Observatory, part of the Council of Europe, examined the catalogues of 68 transactional VOD services in the European Union (such as Apple’s iTunes, Microsoft’s Movies, Wuaki.tv, Chili TV, SF Anytime and 14 additional national TVOD services). As the above pie chart shows, EU films made up 23% of the films available in the VoD catalogues, and other European films accounted for another 2%.

This recent study differs from the 2015 edition of the same study:  the current sample of 68 catalogues has a lower amount of national services and focuses more on pan-European and multi-country TVOD catalogues; this in return also affected the share of EU 28 films for the 68 TVOD catalogues. In particular,  the new edition includes Microsoft’s Movies catalogues in 14 countries, with a high share of US films.

Compared with TVOD services, the Observatory’s report states that EU films made up 19% of the films on offer in the 37 SVOD catalogues examined (28 Netflix country catalogues, Viaplay, C More and 4 national SVOD services) in the latest report. 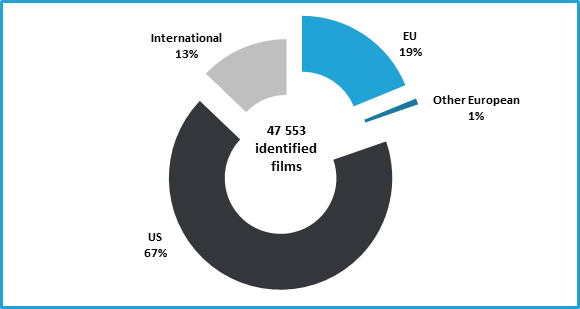 This report was drafted for DG CONNECT of the European Commission by Gilles Fontaine, Head of the Observatory’s Department for Market information, and Christian Grece, Analyst within this department.