Eastern Europeans make up 20.2% of the EU population but they only have access to 11.9% of cinema screens. 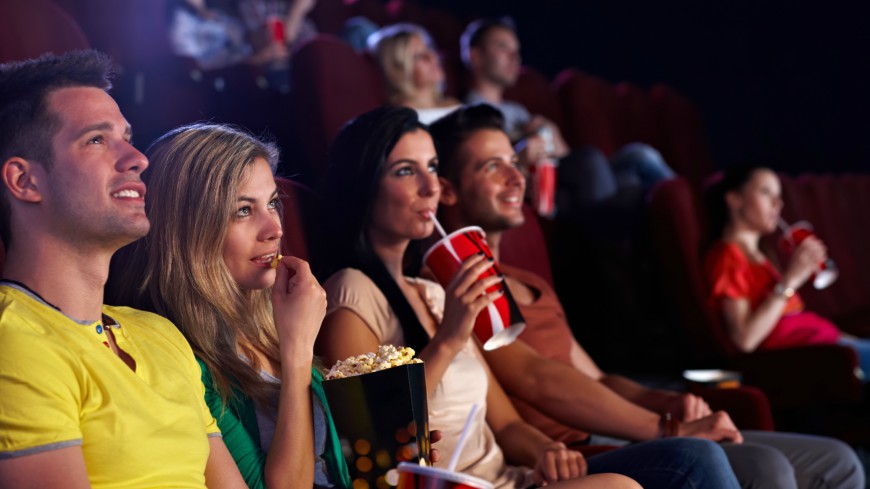 Get it free here

These are some of the findings of the latest cinema screen density report by the European Audiovisual Observatory, part of the Council of Europe in Strasbourg. This report, entitled Measuring access to theatrically screened films in Eastern Europe measures Eastern European audiences with access to cinema theatres within a given catchment area, as well as the number of cinemas, theatres and screens by country. It also addresses the issue of cross-border cinema attendance. Observatory Cinema Analyst Julio Talavera-Milla, author of this report, focuses on 12 Eastern European countries: Bosnia and Herzegovina, Bulgaria, Croatia, Czech Republic, Estonia, Hungary, Latvia, Lithuania, Poland, Romania, Slovakia and Slovenia. The report was written for and financed by DG Connect of the European Commission.

1. Population and number of cinemas available

Table 1 Scope of sample analysis of access to cinemas 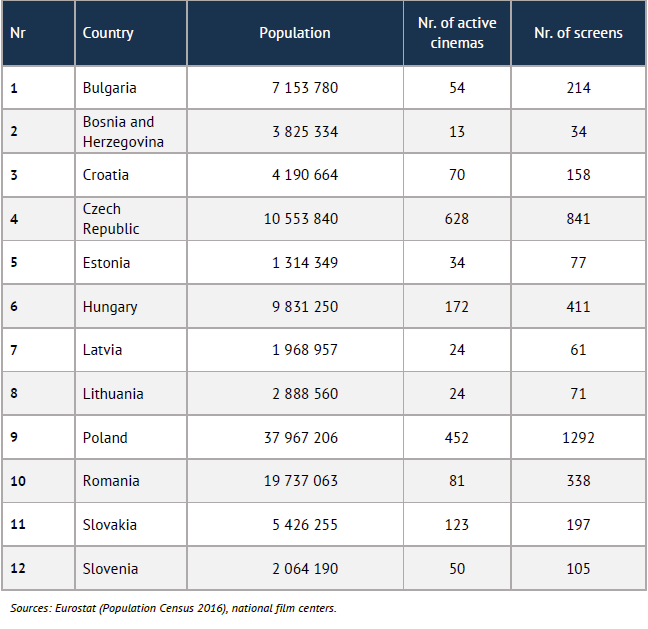 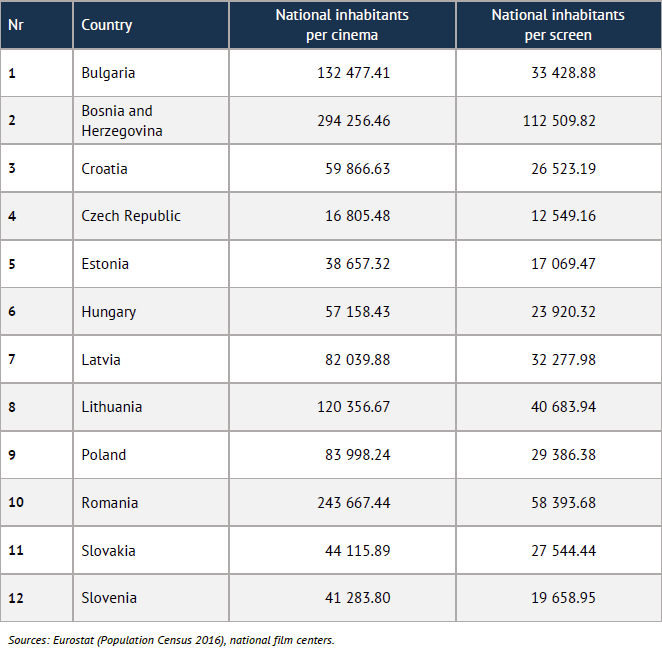 Eastern Europe is rather under-screened compared to the rest of the EU, with the region accounting for 20.2% of the EU population but only 11.9% of overall screens. This suggests there is scope for more theatres and screens, especially in countries such as Romania or Slovakia, with very high, above-average-EU numbers of inhabitants per screen.

In the larger countries (Bulgaria, Czech Republic, Hungary, Poland and Romania) a significant share of the population had access to more than 100 screens, presumably people living in big cities with access to urban and suburban venues. This contrasts to the overall figures: the most common number of screens to which a population had access was, in most countries, between two and 10 for a 30-minute catchment area, and between 11 and 20 for a 45-minute catchment area.

2. Kind of cinemas accessible to Eastern Europeans – monoscreen or multiplex?

Table 3 Number and percentage share of cinemas by cinema type 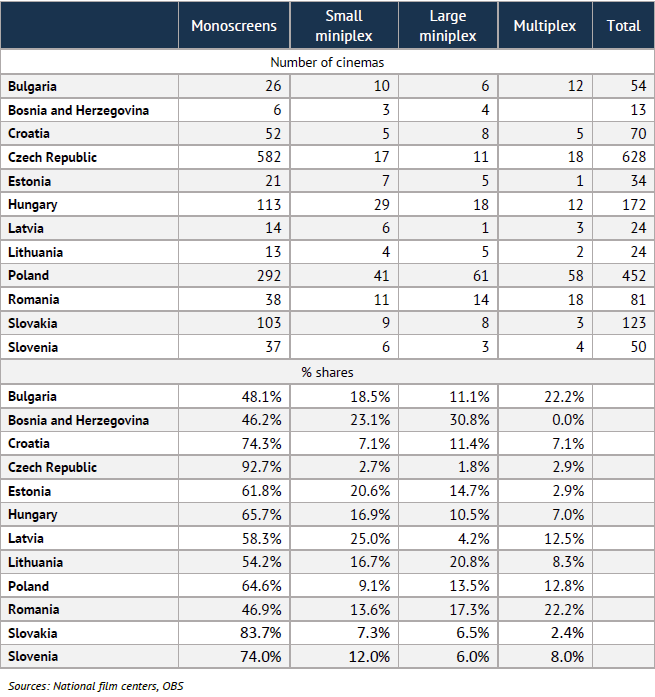 Taking the 12 Eastern European countries covered in this analysis together, most of the population with access to cinemas within a 30-minute drive had access to a monoscreen (79.5%), whereas only 43.3% of the population had access to large miniplexes, 38.8% to multiplexes and 38.7% to small miniplexes, showing that the region relies heavily on monoscreens, usually located in the center of cities. This does not, however, imply that most cinema tickets are sold for monoscreens, as there is no direct link between the accessibility of a type of theatre and its level of admissions.