Given the rise of subscription and transactional VOD services in Europe, the European Audiovisual Observatory, part of the Council of Europe in Strasbourg has just up-dated its ground-breaking report on Film and TV content in VOD catalogues. This new report was authored by Christian Grece and Marta Jiménez Pumares, TV and VOD Analysts within the Observatory’s Department for Market Information. The film catalogue data comes from JustWatch, Ampere, Filmtoro, La Pantalla Digital and EUROVOD; the TV content data was supplied by JustWatch. This report was supported by the Creative Europe Programme of the European Commission.

1. There are more single film titles available on VOD than TV content, but if one counts TV episodes, there is more TV content available 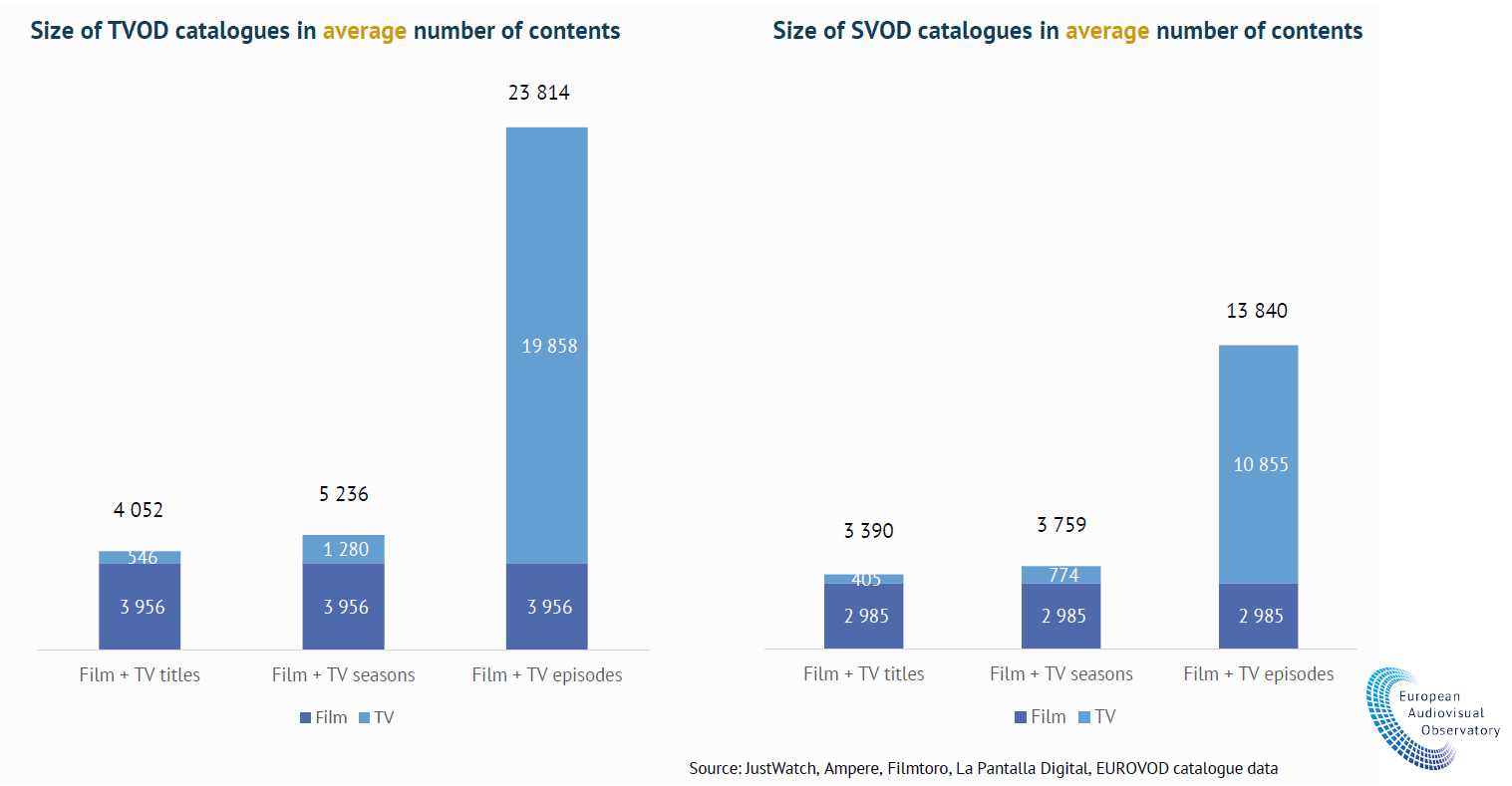 2. There is slightly more European content available on TVOD than on SVOD 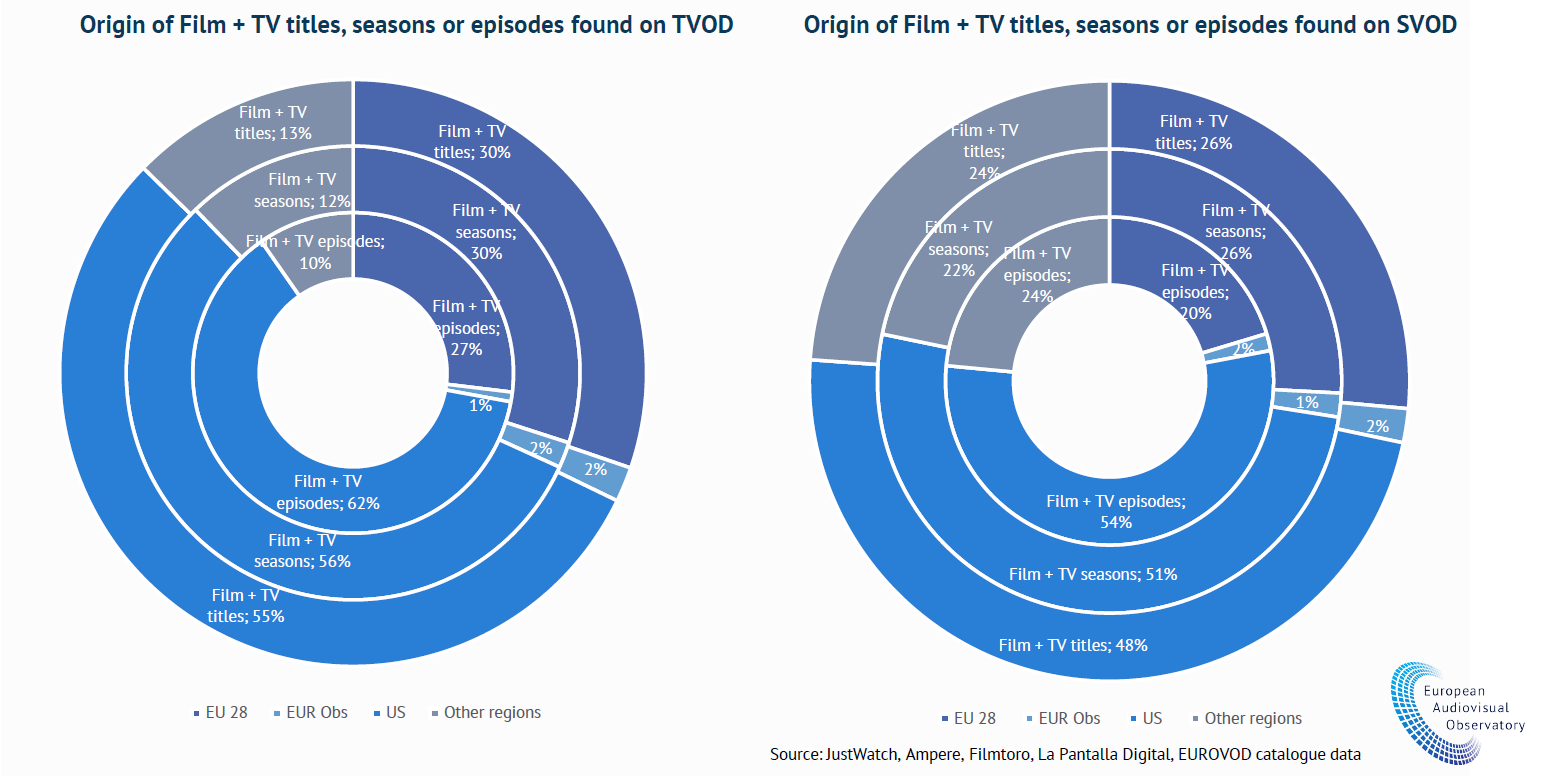 4. The UK is by far the biggest exporter of European content in VOD.