The EU produces over 12,000 hours of TV fiction per year

European Audiovisual Observatory publishes new free report on the production and circulation of TV fiction in the EU28
Strasbourg, France 10/09/2019 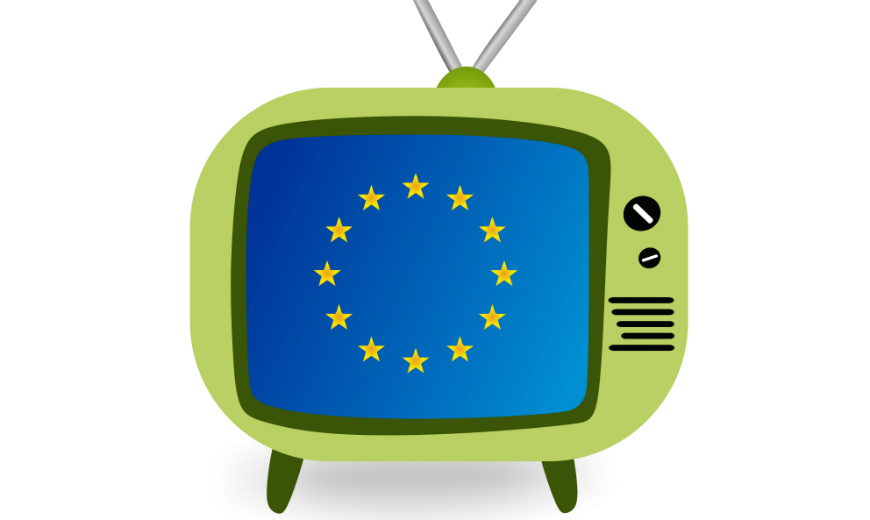 The booming market for TV fiction has prompted the European Audiovisual Observatory, part of the Council of Europe in Strasbourg, and DG Connect of the European Commission to undertake a ground-breaking new report : The Production and circulation of TV fiction in the EU28.
This report was authored by Gilles Fontaine, Head of the Observatory’s Department for Market Information, and Marta Jimenez Pumares, analyst within this department.

This new report finds that over 960 titles and 12 000 hours of TV fiction were produced in the European Union in 2017. 436 high-end TV series titles with 3-13 episodes were produced, with 235 of them (54%) new projects and the remaining ones new seasons of returning titles.

When considering the 3-13 episode TV series, the United Kingdom, Germany, France, Italy and Spain are the largest producers in terms of hours. And Germany is by far the major producer of TV films. 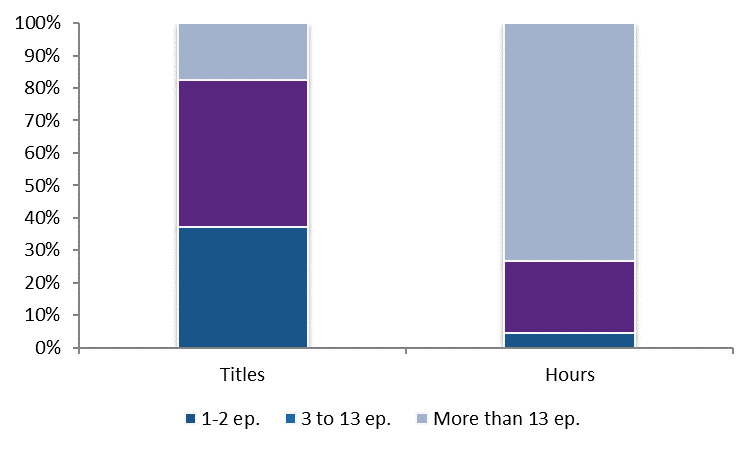 The report finds that EU28 TV fiction programmes account for 50% (in terms of titles), 44% (in number of episodes) and 45% (in hours) of the total TV fiction broadcasts in EU28. The share of European TV fiction varies in the sample from less than 25% to more than 90%.

As far as EU countries go, Germany appears to be the leading exporter in terms of titles, whereas TV fiction from the UK and France leads in terms of number of episodes and hours.

Public broadcasters tend to broadcast more European TV fiction than private broadcasters. The difference is particularly significant in terms of number of titles. 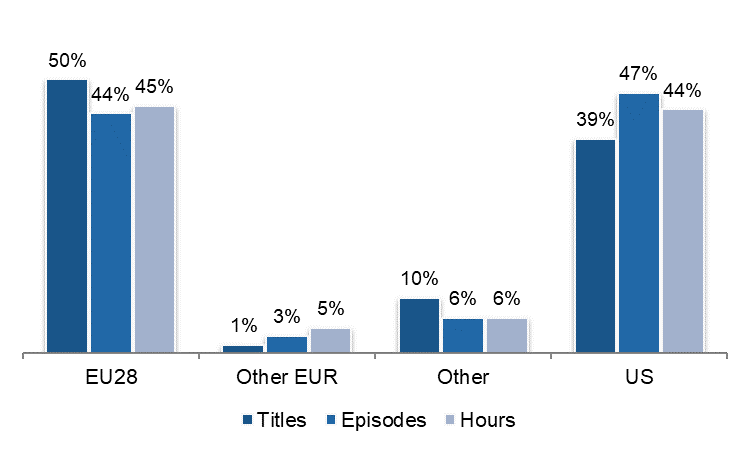 The report finds that EU28 titles account for 25% of the cumulated number of TV fiction titles available on SVOD (varying between countries from 19% to 35%), but for 40% on TVOD (varying between countries from 7% to 55%).
Among European works, the respective share of national and non-national titles strongly differs between SVOD and TVOD: European non-national titles account for 82% of all European titles on SVOD, but for only 38% on TVOD. The gap can be attributed to the strong weight of Netflix in the SVOD sample, and its policy of purchasing pan-European rights.
High-end TV series travel better: the large majority of European non-national titles are 3-13 episode TV series (77% for SVOD, 80% for TVOD) - confirmation that high-end drama is the format that travels best.
The United Kingdom is the primary country of origin of non-national European fiction, both on SVOD and TVOD, and both in terms of single titles (number of different TV fiction titles exported at least once) and cumulated titles (number of exports of TV fiction titles).

Origin of non-national European TV fiction on SVOD and TVOD 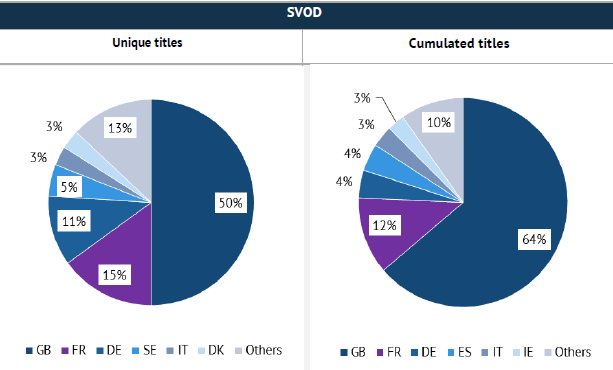 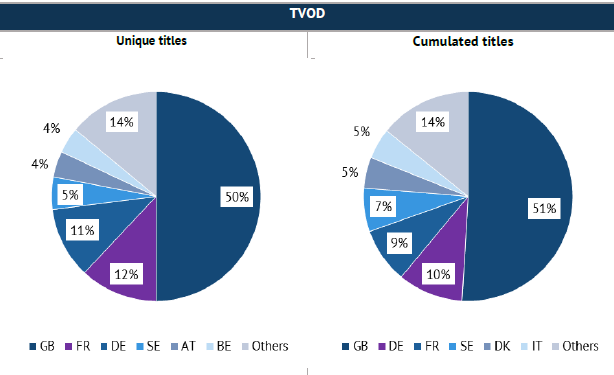