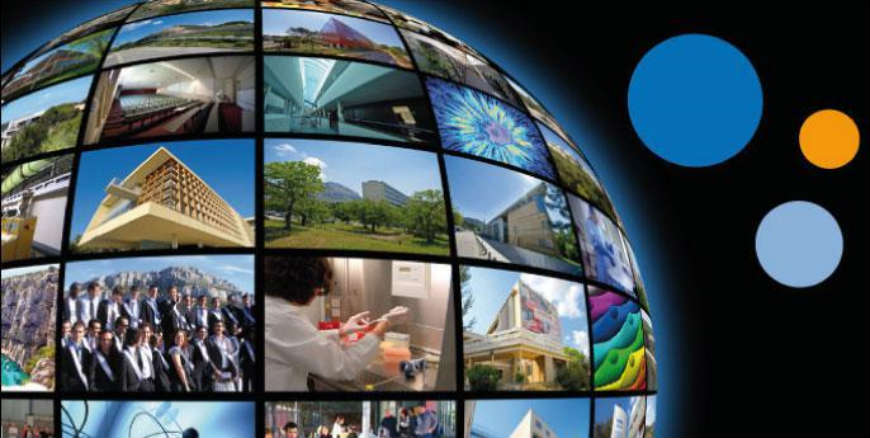 This report finds that:

[1] This includes TV channels whose 2017 audience data indicated a minimum daily market share of at least 0.1% as measured by Eurodata TV Worldwide. Figures are based on averages in a given country and include double counts between countries.

This brand new report “The internationalisation of TV audience markets in Europe” is published by the European Audiovisual Observatory. Based on data analyses of 2017 TV audience data by Eurodata TV Worldwide, this report explores the increasing internationalisation of the European television sector from three different angles. The first focuses on the concentration and fragmentation tendencies in the various European national audience markets, identifying the decline in audience shares among top players and an audiovisual market characterised by a large number of TV channels with relatively small market shares. The second angle looks at the market power of non-domestic TV channels in national markets, noting the extent to which foreign groups exert considerable market power in a majority of European countries. The third angle highlights the growing footprint of US groups in the European audiovisual sector by tracking the broadcasting activities of the major groups and comparing their European audience market shares across the various markets. 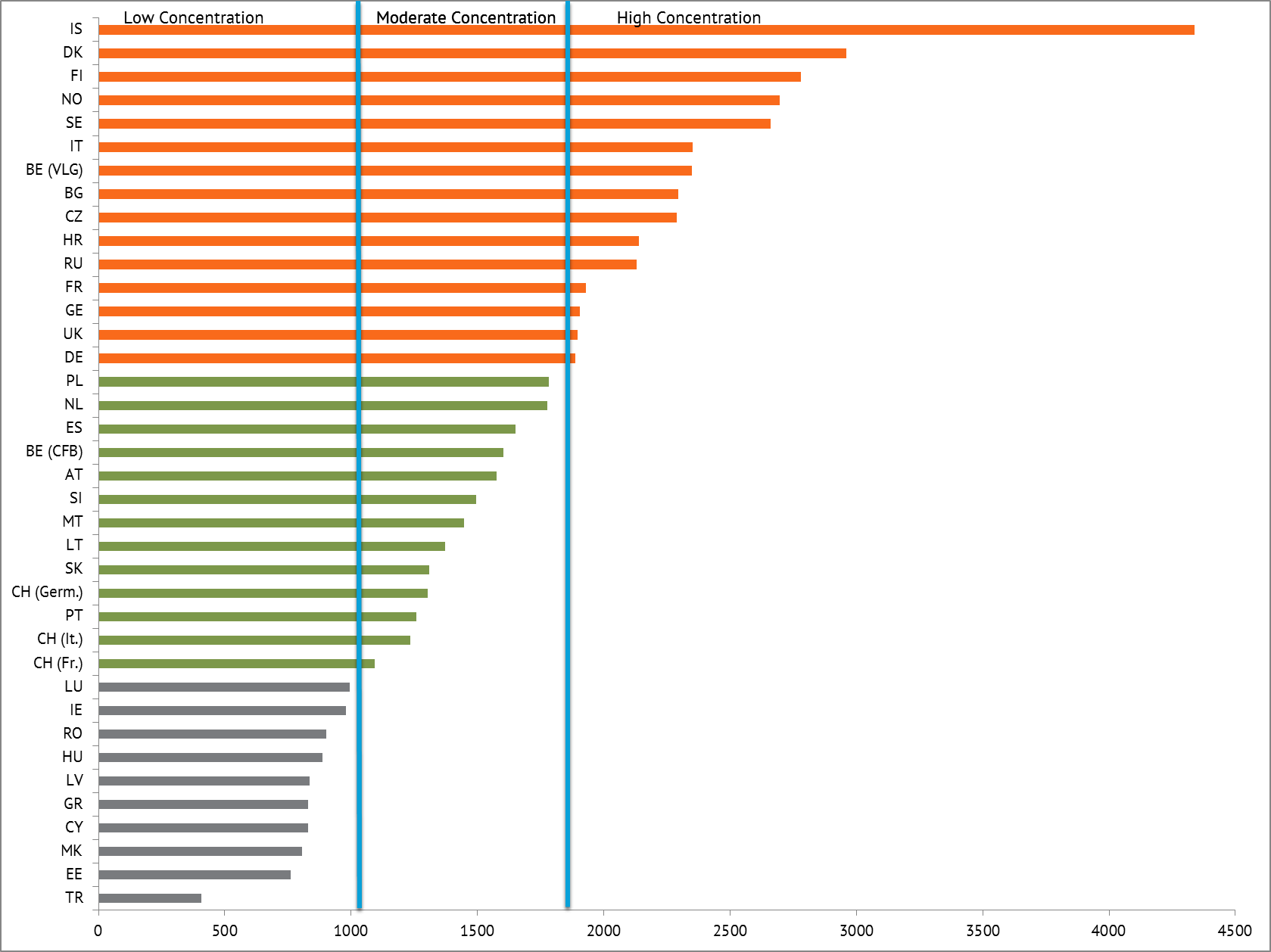 The market power of non-domestic TV channels in national markets 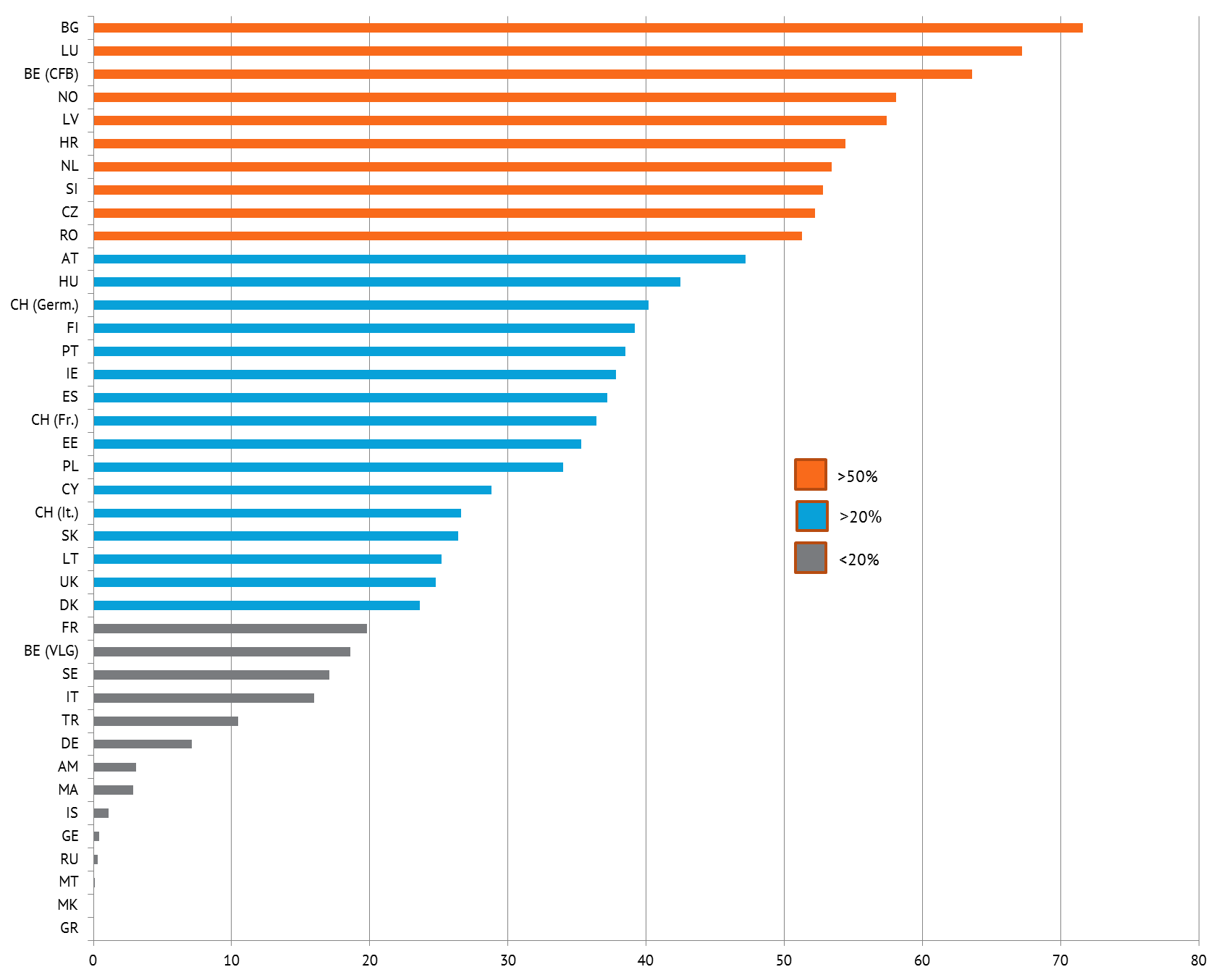 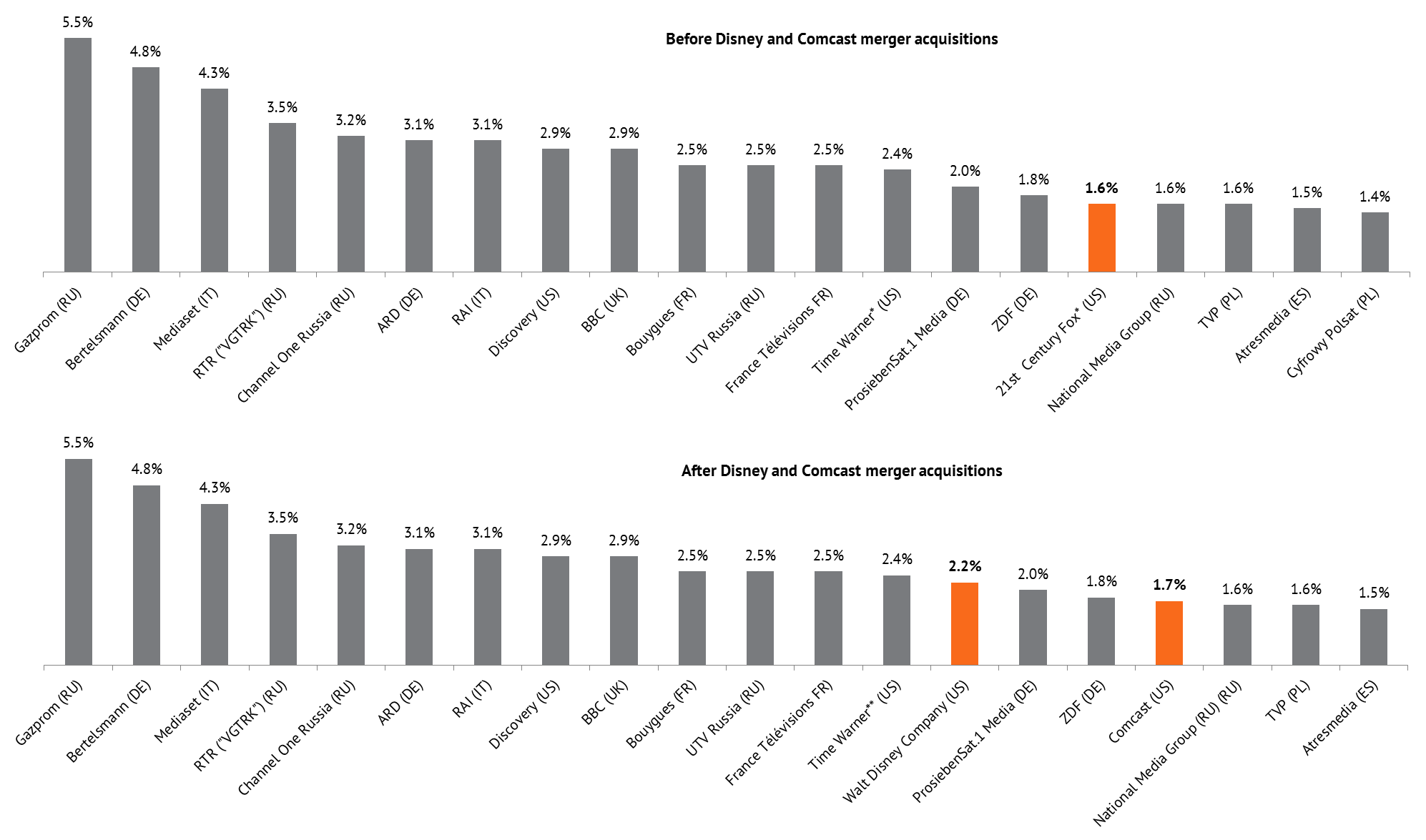