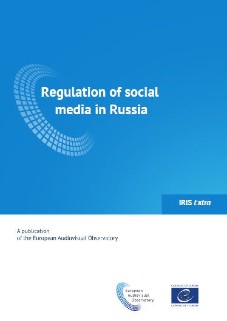 IRIS Extra covered topical issues that were of particular relevance in the Russian landscape during Russia’s membership of the European Audiovisual Observatory from 15 December 1992 until its membership ceased on 23 March 2022. The scope of the IRIS Extra series has therefore been revised and will now cover legal audiovisual questions in Eastern Europe as a whole, with geographical focus varying according to the subject covered.

This report provides information on legislative measures and case law in Ukraine and elsewhere in Eastern Europe (Estonia, Latvia, Lithuania and Moldova) against audiovisual media from Russia and Belarus.

How does Russian media law deal with media outlets owned by non-Russian players? This latest IRIS Extra report delves into foreign ownership of the media in Russia and the provisions for this in Russian audiovisual legislation.

IRIS Extra 2019-1: Disinformation in the media under Russian law

This article provides an overview of the legislation and case law concerning disinformation in the Russian Federation.

This article provides an overview of the Russian approach to foreign ownership of the media and explores the evolution of the foreign participation rules in the Russian media market.

IRIS Extra 2017-1: Judicial practice on media freedom in Russia: the role of the Supreme Court

This article of Andrei Richter provides an overview of the way Russian jurisprudence has been influenced by the Supreme Court's interpretative guidelines since their adoption.

After detailing the context with some historical notes on their respective media markets and regulatory frameworks, the author discusses the statute of the governing bodies, the financing of PSB, and the appointment procedures of Board members. She then analyses their programming policies and...

IRIS Extra 2016-1: Exceptions to copyright in Russia and the “fair use” doctrine

The author, Margarita Sobol, discusses the notion of fair use under US law and its equivalent under Russian law, and describes those exceptions to copyright that aim at balancing copyright with other fundamental rights in both countries, referring to relevant case-law.

IRIS Extra 2015-1: Regulation of online content in the Russian Federation

This report analyses the regulation of online content in the Russian Federation.