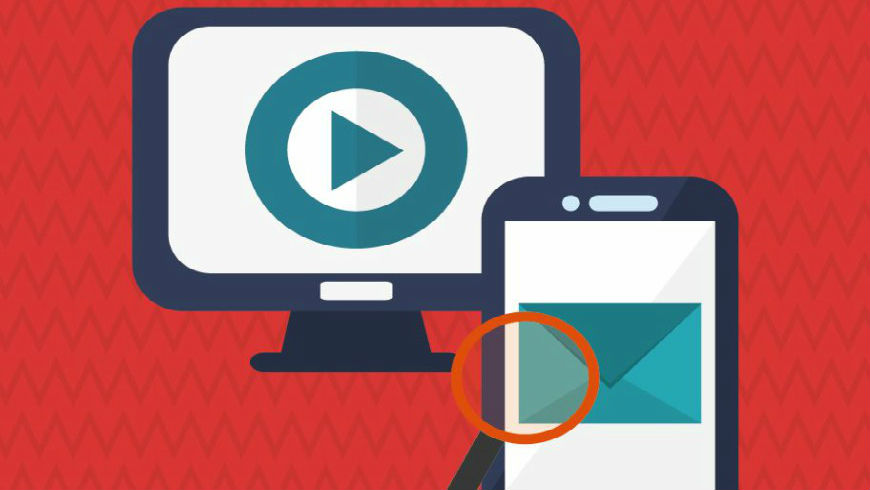 A. The video platform sector is undergoing rapid and constant change:

Although video sharing platforms are investing in original content creation, it’s not so sure that they are aiming at competing with audiovisual services in this field. The amounts invested are relatively small and aim above all at attracting content creators and media groups.

C. Massive use, the younger generations are main consumers… 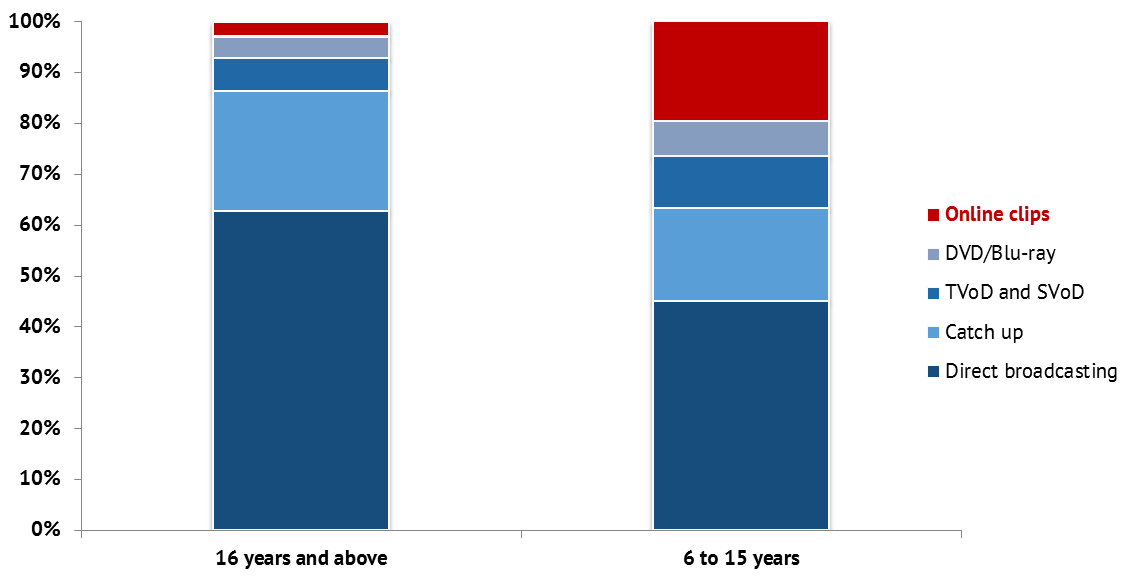 D. Increased competition for TV advertising from on line adverts

Video sharing generates direct revenue for the platforms themselves (advertising, commission, subscriptions). It also generates indirect revenue by generally increasing traffic to the platforms and allowing the collection of user data. Online video advertising probably represents a significant new source of competition for television advertising. At the moment YouTube and Facebook together dominate over 50% of this market.

Breakdown of video advertising in Europe (2016) 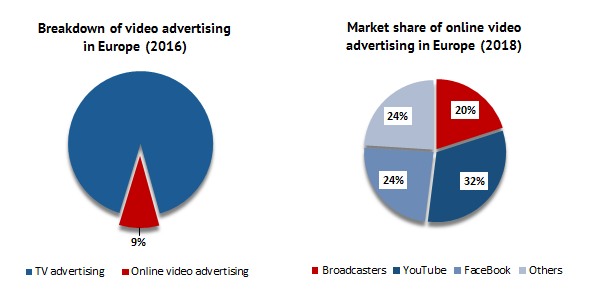