12% of all films released in the EU are at least 10 years old. New study explores the volume of catalogue films in the EU in cinemas, TV and VOD

The European Audiovisual Observatory presents its latest report on the “Exploitation of catalogue films in the EU”.
Strasbourg 18/10/2018 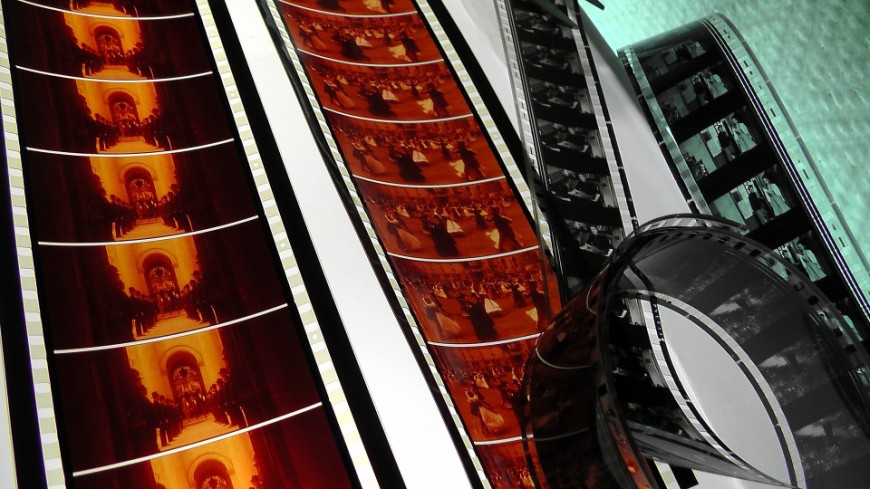 The European Audiovisual Observatory will present its latest report, Exploitation of catalogue films in the EU, at the Marché International du Film Classique during the Festival Lumière in Lyon. This presentation will take place tomorrow afternoon during a conference entitled “What distribution for catalogue films?”

This new report provides an overview of the commercial exploitation of so-called “catalogue titles” – that is, films that have already completed a first cycle of exploitation – across the three main distribution windows (theatrical release, VOD and television channels), including data on age, origin and circulation of these films. While there is no established definition for catalogue films, for the purposes of this study, they are defined as films that were produced at least 10 years prior to the exploitation year taken into consideration.

A second chance for older films?

Feature films normally generate most of their revenue during their first run of exploitation through the different distribution windows (theatrical release, home video / VOD, TV). After this period, only a small portion of films have a second run.. However, the digitisation of cinemas and film restoration have made it easier for older films to re-enter the theatrical exhibition circuit, while ensuring good image and sound quality. Also, the prevalence of VOD services opens up new opportunities for the exploitation of these so-called catalogue titles.

In recent years, a few US “catalogue” hits have achieved remarkable success at the box office; in 2012, EU admissions to catalogue films peaked at 13.5 million tickets sold, driven by the re-releases of Titanic and Star Wars Episode I – The Phantom Menace. 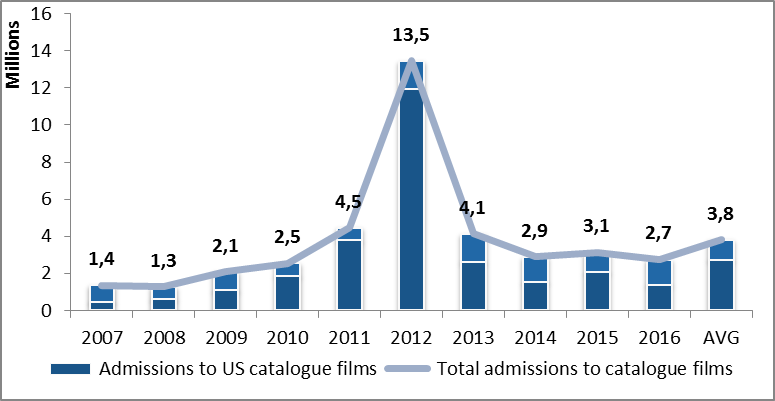 Figure: Catalogue films on release in the EU: Number of releases vs. admissions (AVG 2007-2016) 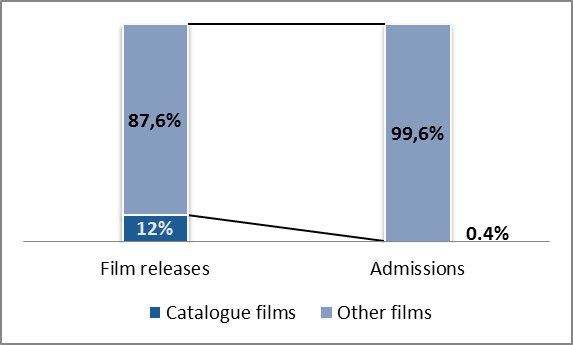 2 – Based on 2016 data, the share of catalogue films on the overall film offer is higher for TV channels than on any other distribution window considered. However, cinema offers the highest share of EU content among catalogue films 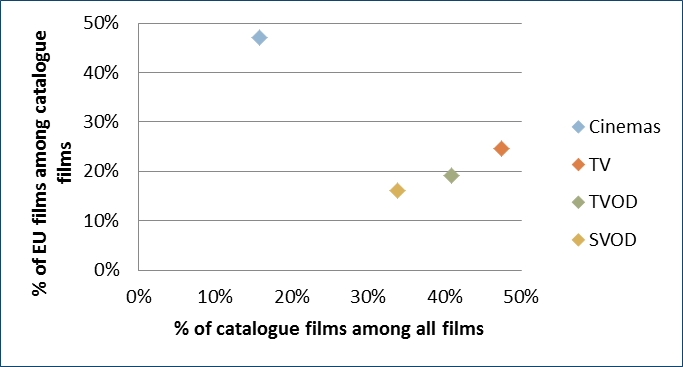 Figure: Share of theatrically released catalogue films also available on at least one VOD platform in the EU, 2016