How does Russia fight fake news? 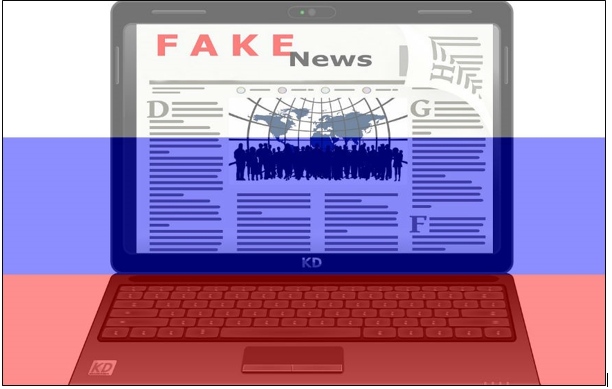 Russia plans to launch a public database of news it deems to be “fake,” the head of Russia’s Federal Service for Supervision of Communications, Information Technology and Mass Media known by the acronym Roskomnadzor, announced in May this year. This announcement came two months after the Russian President signed a law criminalizing the spread of “fake news.” This development was met with approval by Russian citizens questioned by the state-funded VTsIOM pollster: More than 80% of those questioned approved of the new law and 57% felt that the amount of fake news would decline with the new law. Ever vigilant to new developments in media law, the European Audiovisual Observatory, part of the Council of Europe in Strasbourg, has just published a new report analysing the five specific cases in Russia where disinformation is deemed illegal: Disinformation in the media under Russian law.

Author Andrei Richter, Central European University, kicks off by exploring the various dictionary definitions of “disinformation” and presents the Statute “On the mass media” which regulates journalistic activities in Russia.

Chapter two zooms in on how Russia has dealt with news aggregators and the reliability of information they disseminate. In 2016, Russian media law was amended to make news aggregators with more than a million daily users accountable for the truthfulness of news content “essential to the public”. These measures include the obligation to verify the accuracy of publicly significant information before publishing, a ban on concealing or falsifying socially significant information and the duty to store all information for six months with access to stored data for Roskomnadzor. Richter describes the complaints procedure against news aggregators who run the risk of a fine of 600 000 to one million roubles for a first offence. Repeated violation could cost them between 1.5 and three million roubles.

Chapter three looks at how Russia has dealt with socially significant online information. The author takes us back to March of this year and the signing of the so-called “Law on Fake News”. These amendments to the existing IT law increased the direct power of Roskomnadzor in terms of content control of websites without a court decision. From this point on, the Russian media regulator could directly order content to be removed immediately from a website and, in the case of non-compliance, order the ISP to immediately block access to the website until the information judged to be unreliable be removed. Such decisions can be subject to court appeal. This new law also brought with it a whole range of fines which may be levied at legal entities and physical persons spreading “knowingly inaccurate socially significant information”. Richter details the reaction to these new measures from Russia’s Council on Development of Civil Society and Human Rights. The latter highlighted a lack of clarity in the definition of “unreliable information” and voiced fears concerning the possibility of arbitrary judgements on the part of Roskomnadzor.

Chapter four examines how Russia combats false information about the Second World War. In 2014 the Russian Criminal Code criminalised both the denial of Nazi crimes and disinformation about the activity of the USSR during the Second World War. Fines, penal labour or imprisonment threaten any individual breaking this law and the punishments are even harsher for people breaking this law using their official position or through the mass media. In practice convictions have been scarce: two convictions in 2017 and only one in 2018.

Chapter five looks at how public figures may be protected from “false accusations of extremism”. In 2002 a Russian Federal Statute made it illegal to make “public, knowingly false accusation of an individual holding state office […] of having committed actions […] that constitute offences while discharging their official duties”. This measure supposes that false accusations against high ranking officials can destabilise Russian society. Richter mentions the counterweight of European law which enshrines freedom of expression and indeed the right to criticise public officials.

Chapter six analyses the Russian approach to misleading advertising. In fact, two different Russian legal texts aim at protecting the unwary consumer: The Federal Statute “On protection of the rights of consumers” criminalizes misleading advertising, and the Federal Statute “On Advertising” gives a 20-point checklist of the ‘type’ of information which may be misleading. These range from the comparison of products with others to their composition and manufacture date and availability and price, for example. Fines ranging from 100 000 to 500 000 roubles can be set for legal entities not respecting the rules.

Having explored the five specific cases of illegal disinformation, Andrei Richter turns to self-regulatory measures in chapter seven. These are supervised by the Public Collegium for Media Complaints which upholds the standards of the Code of Professional Ethics of the Russian Journalist. In practice, their twenty decisions over the past five years have mainly concerned national broadcast media.

The author rounds off his report with the latest developments in Russia’s fight against fake news. Chapter eight makes it clear that the latest legislation is so recent that there is no major existing case law in this field. However, Richter feels that “while the law on Fake News has not been used in courts so far, it is likely the first case will arrive soon.”